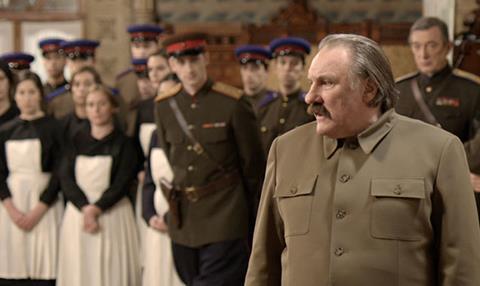 Goteborg Film Festival has announced its programme of nearly 450 films from 84 countries to screen during the festival’s 40th anniversary edition (Jan 27-Feb 6).

As reported earlier, the festival will kick off with Dome Karukoski’s Tom Of Finland.

The eight films (all world premieres) competing for the Dragon Award for Best Nordic Film – with a prize of $110,500 (SEK 1m) — are as follows:

The Ingmar Bergman International Debut Award will recognize  “a debuting filmmaker who in their film treats an existential theme with a dynamic or experimental approach to the cinematic means of expression.” The competing films are:

Other titles having world premieres in the Goteborg programme include: Stalin’s Couch by Fanny Ardant (France/Portugal); The Book of Birdie by Elisabeth E. Schuch (UK); Rift by Erlingur Ottar Thoroddsen (Iceland); and Blind Alley by Manuel Concha (Sweden).

The Gala section will include festival hits such as Moonlight; 20th Century Women and Jackie.

The festival’s VR lounge has selected projects including Oh Deer!, Invasion!, Collisions and Notes On Blindness: Into Darkness.

The Goteborg team has curated special themed programmes about religion (with films including Clash, The Student, Harmonia), and Sami film (Son Of The Sun, Me And My Little Sister, Kaisa’s Enchanted Forest).

The Honorary Dragon awards will be bestowed upon the Dardenne Brothers and Lone Scherfig.

“The Dardenne brothers may be the most influential filmmakers of the last twenty years. Their emblematic fusion of stark social realism, sublime drama and resolute loyalty towards society’s vulnerable members has shaped the style of a whole generation of filmmakers and evoked some of the foremost works of modern film history,” Holmberg added.

He added, “Lone Scherfig is one of her generation’s foremost Nordic filmmakers. Inquisitively and skillfully, she has experimented with diverse aesthetic expressions, but always with the same witticism and lucidity through which she portrays the complexity, the passion and the dark side of human existence.”

In its 40th anniversary year, the festival will offer a jubilee book; a retrospective of festival films; and the simultaneous screening of Tom Of Finland in 40 locations through the region of Västra Götaland.