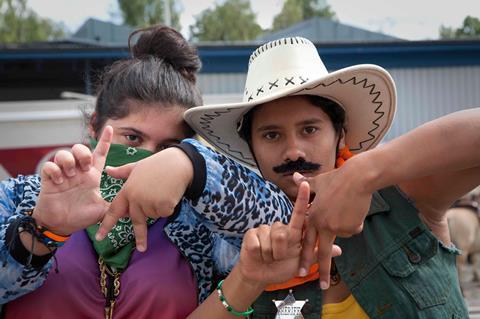 Gabriela Pilcher’s Amateurs will open the festival and also compete for the lucrative Dragon Award for best Nordic film (full list of competition titles below).

Pilcher, who previously directed festival hit Eat Sleep Die, presents the world premiere of her second feature, which is about a small town in Sweden that hopes to revive its economic activity by bringing in a German discount supermarket. The supermarket brand asks local teenagers to make films about their hometown, but the films don’t turn out as expected.

The festival’s prestigious Dragon Award for best Nordic film remains one of the festival world’s most lucrative awards, worth $121,000 (SEK 1m). The Nordic films competing for that prize are:

Ingmar Bergman, who was the festival’s honorary president until his death in 2007, lends his name to the international debut award, presented for the 11th time. Those eligible are “debuting filmmakers who in their film treats an existential theme with a dynamic or experimental approach to the cinematic means of expression.” Those nominees are: