‘Half Of A Yellow Sun’ director Biyi Bandele dies aged 54 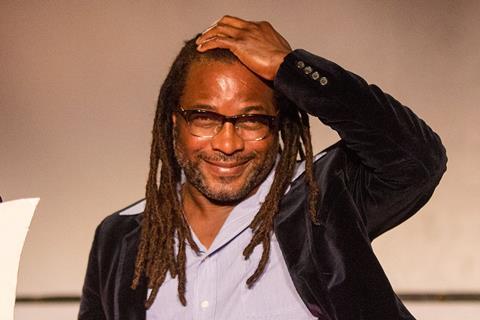 His family confirmed that he died on Sunday (August 7) but did not reveal a cause of death.

Bandele’s latest feature Elesin Oba, The King’s Horseman is set to premiere at Toronto as a special presentation in September. It comes nearly a decade after his directorial debut, Half Of A Yellow Sun, premiered at Toronto in 2013, starring Chiwetel Ejiofor and Thandiwe Newton.

Further credits include Fifty, which played the London Film Festival in 2015, and he directed the first Netflix Nigerian original series, Blood Sisters, which launched in May.

A statement on Facebook by his daughter, Temi Bandele, said: “I am heartbroken to share the sudden and unexpected death on Sunday 7th of August in Lagos of my father Biyi Bandele.

“Biyi was a prodigiously talented writer and film-maker, as well as a loyal friend and beloved father. He was a storyteller to his bones, with an unblinking perspective, singular voice and wisdom which spoke boldly through all of his art, in poetry, novels, plays and on screen. He told stories which made a profound impact and inspired many all over the world. His legacy will live on through his work.

“He was taken from us much too soon. He had already said so much so beautifully, and had so much more to say. We ask everyone to please respect the privacy of his family and friends as we grieve his loss.”

Born in Nigeria, Bandele moved to London in 1990 and spent much of his career based in the UK, working as a playwright with the Royal Court Theatre and the Royal Shakespeare Company, as well as writing novels The Man Who Came In From The Back Of Beyond and The Street.

Nigerian television pioneer and CEO of EbonyLife Group, Mo Abudu, who had worked with Bandele on Blood Sisters and Elesin Oba, The King’s Horseman, paid tribute to the writer and filmmaker on Twitter: “Biyi had an eye for a story, was always passionate about his work, and had a great love for Yoruba culture. We will miss his dedication, cheerful spirit and collaborative nature. Rest in peace, dear friend.”

Netflix Nigeria released a statement on Twitter that said: “Biyi Bandele’s passing is a monumental loss to Nigeria’s film and creative industry. He will be remembered as a powerhouse who made some of the finest films out of Africa. As we mourn him, we commiserate with his family, friends and colleagues. May he rest in power.”