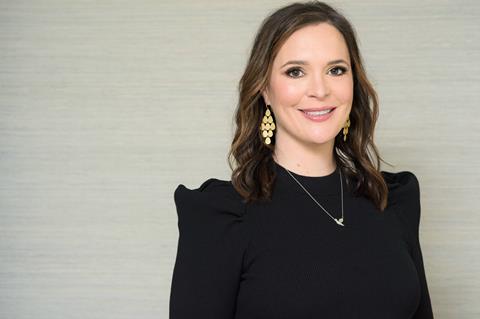 Hannah Minghella has left TriStar to become head of motion pictures at J.J. Abrams’ Bad Robot, which last month announced a five-year film and TV deal with WarnerMedia that industry observers have valued at up to $500m.

Minghella served the past 14 years at TriStar, most recently as president of TriStar Pictures and TriStar Television. Nicole Brown, who was recently promoted to executive vice-president at TriStar, will assume oversight of film development and production activities.

Minghella will oversee development and production at Bad Robot and manage the current slate as the company looks to further exploit original IP. She will work in partnership with chairman and CEO Abrams and co-CEO Katie McGrath, to whom she will report.

Abrams called the hire “a dream come true”. Prior to her TriStar post, Minghella was production chief at Columbia Pictures where her credits included Sausage Party, American Hustle, The Amazing Spider-Man and Skyfall.

Minghella described her move as an opportunity to work with “a singular creative talent at a truly unique and dynamic company”. Among Bad Robot’s credits are TV smashes Alias, Lost, and Westworld, and Abrams has directed films in the Star Trek and Mission: Impossible franchises, and is currently in post on Star Wars: The Rise Of Skywalker.

Minghella added, “I will forever be grateful for my fourteen years at Sony, for the movies I have had the privilege to work on and for the amazing people I have had the pleasure to work with, especially Tom Rothman and Tony Vinciquerra who have been incredible mentors and advocates over the last few years and, of course, Amy Pascal who originally brought me to the studio.”

Brown previously served at Miramax and Good Universe, and worked with producer Marc Platt. Her credits include Neighbors, and This Is The End. At TriStar she played a key role in bringing Baby Driver to the big screen, and is shepherding the sequel, along with the production of projects such as The Woman King starring Viola Davis and Lupita Nyong’o.