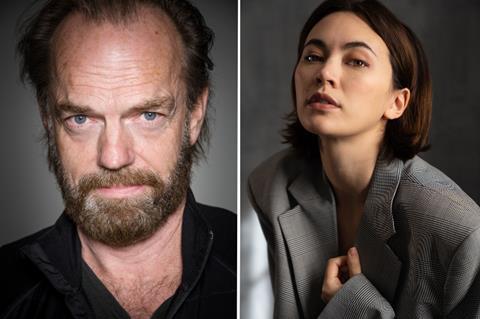 HanWay will commence sales this week with an online filmmaker presentation.

The feature reunites Ozark and Inventing Anna star Garner with Australian filmmaker Green, having previously worked together on The Assistant, for which Garner earned an Independent Spirit Award nomination.

Green co-wrote the script with Oscar Redding and filming is set to begin this summer in Australia.

Described as a “social thriller inspired by true events”, the story centres on two best friends, played by Garner and Henwick, who are backpacking in Australia. They discover a remote pub called The Royal Hotel and find themselves trapped in an unnerving situation. Weaving, a star of The Matrix and Lord Of The Rings trilogies, plays the owner of the bar.

UK actress Henwick most recently starred in The Matrix Resurrections and will be seen in upcoming murder mystery sequel Knives Out 2.

The Royal Hotel is produced by Emile Sherman and Iain Canning of See-Saw Films with Liz Watts, See-Saw Films’ head of film and television Australia, and Scarlett Pictures’ Kath Shelper.