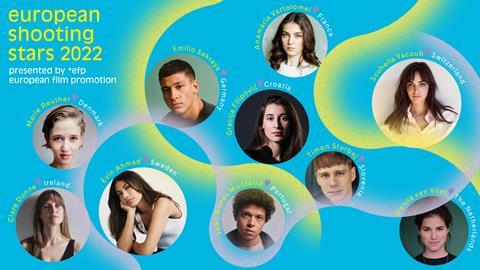 European Film Promotion (EFP) has revealed the 10 young actors it has selected for the 25th anniversary edition of European Shooting Stars.

In total, seven actresses and three actors have been named 2022 Shooting Stars, also including Denmark’s Marie Reuther who made her lead debut in HBO’s first Danish-language thriller Kamikaze.

Other European acting talent on the list includes Hanna Van Vliet from The Netherlands, selected on the strength of her performance in Anne+, which she also co-created, and Portuguese actor João Nunes Monteiro, who featured in Marueen Fazendeiro’s The Tsugua Diaries, a Cannes Directors’ Fortnight premiere last summer.

The selected group will now be presented during the opening weekend of the 72nd Berlinale (February 11-14) in a restructured hybrid programme, which is one of many adjustments the festival is making due to ongoing Covid challenges.