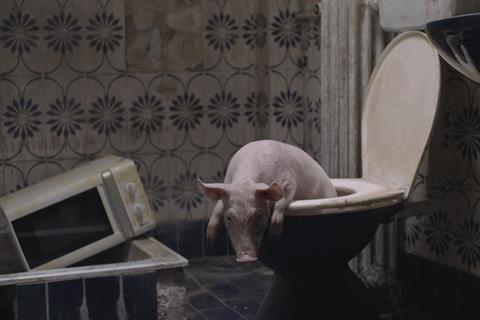 Snow White Dies At The End

New work from Arlington Road director Mark Pellington and films from Iran, Poland, Italy and Canada are among the line-up of 28 features at Slamdance 2022 set to take place in person in Park City, Utah, alongside virtual screenings from January 20-30, 2022.

The 27th edition will also showcase 79 shorts, and seven episodes. The feature selection showcases 13 world, six North American and four US premieres selected from more than 1,579 feature submissions from around the world including Iran, Italy, Poland, Canada and China.

All competition films are feature-length directorial debuts without US distribution, budgeted under $1m. Calling Slamdance the “anti-algorithm”, co-founder Peter Baxter said: “This year our programmers gravitated towards films that embody the true DIY spirit of guerrilla filmmaking and push the boundaries of what’s possible in storytelling.”

Narrative Features, Documentary Features and Episodes sections are eligible for the Audience Award while all films and projects are eligible for the George Sparks Spirit of Slamdance Award voted on by filmmakers at the festival, and the AGBO Fellowship which provides a $25,000 cash prize, mentorship from the Russos and their team, and office space. The 2021 fellowship was awarded to Agnieszka Polska’s debut feature Hurrah, We Are Still Alive!

In addition to the competition films, Slamdance announced selections for its fourth annual Breakouts section, featuring films by seasoned directors – nearly half of whom are alumni of the festival – who “demonstrate a determined vision of filmmaking that is distinctly their own”. The festival also brings an expanded second Unstoppable programme from creators with visible and non-visible disabilities.

The 2022 Slamdance feature programme appears below. All synopses provided by the festival. Films are from the US and are world premieres unless indicated otherwise.

Love Tasting (Pol)
Dir: Dawid Nickel
A group of lost (and nowhere near found) high school friends are waiting by the pool for junior prom. After just one week of this utterly horrible phase of human life — the teenage years — nothing will be the same again.
Cast: Sandra Drzymalska, Mikołaj Matczak, Michał Sitnicki, Nel Kaczmarek, Kuba Wróblewski, Agnieszka Żulewska
US premiere

The Civil Dead
Dir: Clay Tatum
A misanthropic struggling photographer just wants to watch TV and eat candy while his wife is out of town, but when a desperate old pal resurfaces, his plans are thwarted, with spooky consequences.
Cast: Clay Tatum, Whitmer Thomas, Whitney Weir, Budd Diaz, Robert Longstreet

Forget Me Not
Dir: Olivier Bernier
The inclusive revolution starts in the classroom. A family fights to have their son with Down syndrome included in the country’s most segregated school system.
Cast: Olivier Bernier, Hilda Bernier, Emilio Bernier, Thomas Hehir, Sue Swenson, Sara Jo Soldovieri

Be Right Back (Ger)
Dir: Frauke Havemann
With the appearance of a mysterious stranger, the absurd everyday life of four people living in an abandoned vacation resort in the woods comes apart at the seams.
Cast: Iris Boss, Inga Dietrich, Effi Rabsilber, Jack Rath, Poul Storm

Facing Monsters (Australia)
Dir: Bentley Dean
Facing Monsters is a feature length documentary that digs deep into the psyche of West Australian ‘slab wave’ surfer Kerby Brown, a man whose connection with the ocean runs as deep as his love for his family
Cast: Kerby Brown, Cortney Brown
US premiere

Straighten Up And Fly Right
Dirs: Kristen Abate, Steven Tanenbaum
In a funk, Kristen, a physically disabled New York woman, walks dogs for a living but dreams of being a writer and as her life unravels, she must make a choice to fall apart or straighten up.
Cast: Kristen Abate, Steven Tanenbaum, AJ Cedeno, Mehret Marsh, Modesto Flako Jimenez, Marianna McClellan, Kerrryn Feehan, Lawrence Jansen