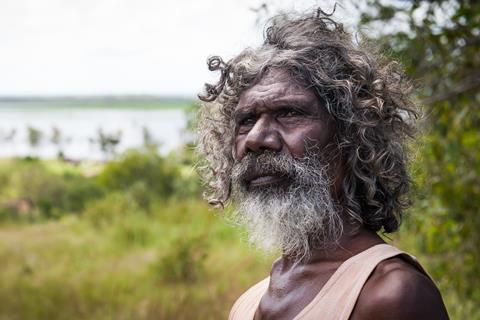 David Gulpilil, one of Australia’s most recognisable actors both locally and abroad, has died at the age of 68.

In a statement issued today, the premier of South Australia, Steven Marshall, described him as an “iconic, once-in-a-generation artist who shaped the history of Australian film and Aboriginal representation on screen”.

Gulpilil was first cast in Walkabout (1971), directed by Nicolas Roeg, and has been a feature of Australian cinema for the past 50 years, including roles in two local films that are among the highest-grossing releases ever in Australia: Crocodile Dundee (1986) and Australia (2008).

He learned how to play hard on and off camera with Dennis Hopper and Jack Thompson in Mad Dog Morgan (1976), was a key part of the family film Storm Boy (1976) and had a pivotal role in Peter Weir’s The Last Wave (1977). He also featured prominently in Rabbit-Proof Fence, Phillip Noyce’s 2002 feature which helped turn around the negative attitude of Australian audiences to films with strong indigenous themes.

Around the same time, Gulpilil featured in The Tracker (2002), directed by Rolf de Heer, which screened in competition at the Venice Film Festival. He was in several other de Heer films too, including Ten Canoes (2006) and Charlie’s Country (2013), which earned him the best actor award in Un Certain Regard at the Cannes Film Festival. All the world’s A-list festivals have selected at least one feature starring Gulpilil, who had a screenwriting credit on Charlie’s Country.

His last film, documentary My Name Is Gulpilil, had its premiere in March. It was directed by Molly Reynolds and produced by her, de Heer, Peter Djigirr and Gulpilil himself in his first credit as a producer. The warts-and-all portrait makes it clear that the actor, dancer, singer and painter was caught between two cultures – and was very ill.

Gulpilil came from the Mandhalpingu clan of the Yolngu people and was raised in Arnhem land in the Northern Territory but had been living in South Australia in recent years. He was diagnosed with lung cancer in early 2017.