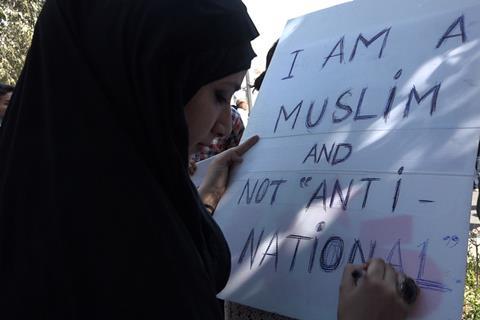 The main prizes have been announced at the 31st International Documentary Filmfestival Amsterdam (IDFA, 14-25 November).

Reason by Indian director Anand Patwardhan won the IDFA Award (the festival’s main award worth 15,000 Euros) for Best Feature-Length Documentary, The film, sold internationally by Cinephil, examines the rise of fascism in Indian society, as secular rationalists are hunted down when they attempt to stem the rising tide of religious and nationalist fundamentalism.

In their statement, the jury members praised “the epic storytelling of the rise of the far right in one of the most populated countries of this planet, the violence of religious and ultranationalist militias with the support of authorities and dominant medias, the dignity of resistance in multiple forms, often at life-cost, in a way that acknowledges the complexity of the situation but put it in a very understandable shape. “

The First Motion Of The Immovable by Sebastiano d’Ayala Valva picked up the IDFA Award for Best First Appearance, and opening film Kabul, City In The Wind by Aboozar Amini (and supported by the festival’s own IDFA Bertha Fund) won the IDFA Special Jury Award for First Appearance.

The awards came on Wednesday night, three days before the annual documentary bazaar is due to end.