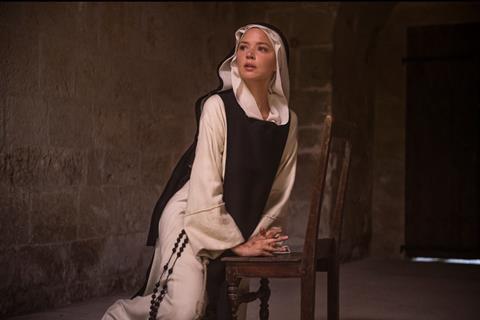 The deal was struck with Pathé International, which is handling world sales, and IFC Films plans to release the film this year. The film will receive its world premiere at Cannes on July 9 and release in French cinemas on the same day. Mubi acquired UK-Ireland rights earlier this week.

Originally slated to debut at the cancelled 2020 Cannes Film Festival, Benedetta will now arrive on the Croisette this July, where it will compete for the Palme d’Or. It will mark the Dutch filmmaker’s third Cannes bow, following Elle in 2016 and Basic Instinct, which opened the festival in 1992.

Written by Verhoeven and David Birke (Elle), the film is inspired by historian Judith C. Brown’s non-fiction book Immodest Acts: The Life Of A Lesbian Nun In Renaissance Italy and is produced by Said Ben Said for SBS Production, Michel Merkt, and Pathé.