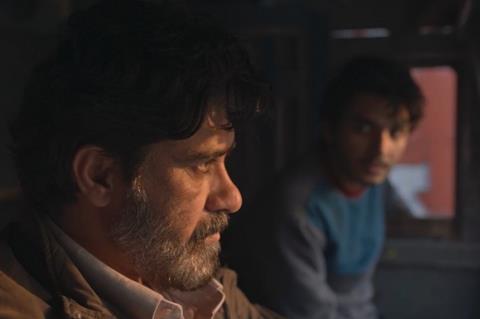 The Indian drama, which premiered in Venice Horizons in September, also won the best performance award for Suvinder Vicky’s turn as an ageing Punjabi trucker who must keep his life’s work from falling apart.

The jury included filmmakers João Pedro Rodrigues, Mary Stephen, Mouly Surya and John Torres who praised Vicky’s performance as “full of emotion but held together with a beautifully restrained quality”.

The best director award went to Georgian filmmaker Dea Kulumbegashvili, whose debut feature Beginning was described by the jury “as a beautifully crafted piece that demonstrates an exceptionally strong voice from a debut director”.

Set in a remote Georgian town, the film examines the extreme isolation of a woman’s suffering and previously won four awards at San Sebastian including the Golden Shell for best film. It is also Georgia’s entry for the Oscars.

SGIFF announced the winners online. Instead of the traditional physical ceremony, this year’s Silver Screen Awards was a closed-door zoom event for invited VIPs, sponsors, jury and nominated filmmakers. Snippets of the ceremony, including acceptance speeches, will be shared to the public later this week.

Other prizes included the audience choice award, which went to Chew Chia Shao Min and Joant Úbeda’s Sementara, a documentary revealing deeply personal stories of people from different walks of life on issues such as religion, race, identity and mortality.

To mark the closing of this year’s SGIFF, Milestone and Sementara were re-screened in cinemas on December 6 along with best Southeast Asian short film, Riar Rizaldi’s Tellurian Drama, and best Singapore short film, Nelson Yeo’s He’s Not There.

Due to ongoing social distancing rules, the majority of Singapore’s cinema halls can only accommodate up to 80 people. To reach more audiences, SGIFF adopted a hybrid model for its line-up of 72 films.

A total of 65 in-person screenings and 67 online screenings were held during the 11-day festival, which translates to more than 6,600 audience members, while 27 Q&As with 51 directors were conducted. SGIFF is part of the Singapore Media Festival.

Both grants were launched in 2018. This year’s SGIFF saw the world premiere of three SEA-DOC grant recipients – Aswang, Citizen Hustler and Ploy – and the screenings of three SEA-SHORTS – Binh, Judy Free and Nursery Rhymes.

Separately, CJ47 Investment has launched a new distribution grant with Singapore-based Momo Film to meet the gap filmmakers often face in distributing their short films. The grant will support up to five short films from Southeast Asia each year, with a cash amount of S$800 ($600) each.