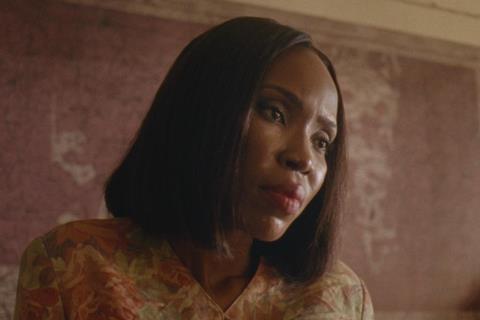 This Is My Desire

Portuguese film festival IndieLisboa, which had to abandon its original April 30 to May 10 dates, is pushing on with plans to hold its 17th edition at the end of August, if an easing of the global Covid-19 health crisis allows.

The event took the usual step of unveiling most of its 2020 selection on April 30 to mark what would have been the opening day.

“We wanted to do something symbolic,” festival director Miguel Valverde told Screen. “In a normal year, we tie up our programme at Berlin and after final discussions have everything ready by the end of March. The pandemic and the lockdown have changed all that but rather than waiting until June or July we decided to make an announcement now.”

The festival has revealed most of its line-up including the contenders in its international competition as well as the works in its Silvestre selection, aimed at more established filmmakers. It will announce its line-up of new Portuguese films and special screenings in June.

Bruno Dumont’s Jeanne, Sergei Loznitsa’s State Funeral, Radu Jude’s Uppercase Print, Tsai Ming-Liang’s Days and All The Dead Ones, by directors Caetano Gotardo and Marco Dutra, are among the 17 titles in the Silvestre line-up.

“We’ve known Mati for a long time,” commented Valverde. ”She has played in competition twice and won with Mille Soleils (A Thousand Suns). We were waiting for her first feature to do a retrospective and after Atlantics premiered in Cannes last year, it seemed like a good time. She was supposed to attend in May and if she is allowed to travel for the new dates, still wants to come.”

If IndieLisboa does take place on its proposed new dates of August 25 to September 5, it will be one of the first European film festivals to go ahead since the pandemic caused much of the world to lockdown from mid-March onwards.

These dates coincide with the Venice Film Festival, which is due to take place September 2-12, but Valverde said the festival is not concerned by the clash, especially in a year when few directors or professionals are expected to travel.

“If you look at our line-ups, our films are drawn more from Locarno, Rotterdam and Berlin, there’s not so much of an overlap. Toronto would have been more of a concern for us but its current dates are after we plan to end.”

Beyond the timing, Valverde is not expecting a lot of international guests this year.

“We normally have 400 international guests from across the industry - directors, producers, sales agent and programmers. Our industry events which include work-in-progress screenings for Portuguese and international productions attract a lot of people, mainly from Europe but also from bodies such as Sundance but this year we’re not expecting people to travel.”

In terms of public screenings, Valverde said the festival had already booked many of its smaller venues but was not planning to hold large capacity events and was also mulling the possibility of creating open-air venues.

“We know for sure that we will not be able to run bigger screening venues with 600, 800 places but we also work with cinemas with 100 and 200 places, although they’ll only be available with reduced capacity due to health security measures. We normally have a lot of sold-out screenings so we’re a bit concerned but we may create two open-air screening rooms. This isn’t normally an option in April because it’s too cold. This is still under negotiation and no sites have been set as yet.”

For now, the event is not considering an online event if its new August-September dates have to be ditched too.

“Maybe it’s our Latin side but we would prefer a live event. We might do a few screenings if our plan B is not possible but we would still try to do a mix if we have to move onto a plan C.”

The line-up for IndieLisboa’s 2020 International Competition