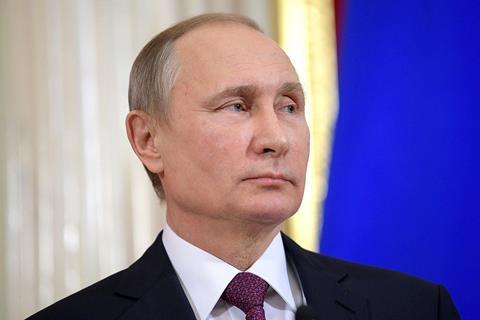 President Vladimir Putin has been called upon by representatives of the Russian distribution, exhibition, production sectors as well as film critics and festival organisers to hold back from signing a bill into law that could spell the end of many film festivals being held in Russia.

According to the bill titled ‘On State Support for the Cinematography of the Russian Federation’ which passed the State Duma and Federation Council only days ago, the definition of what a film festival is would be amended to only include events which have a jury and a competition programme, lasts no more than 10 days and programmes films for no more than two screening slots.

In addition, films selected for screening should not be more than a year old when they are shown at a festival and each title would need to apply for a distribution certificate.

Speaking to Screen about the proposed changes, Alexander Rodnyansky, producer of Leviathan and Loveless and President of Russia’s national film festival, Kinotavr, in Sochi, said that the amended law would “mean the end of the majority of Russian film festivals, which for many reasons, mostly financial, won’t be able to comply with the new rules.”

He added: “The law places a great financial burden on the organisers of such festivals, which, in most cases, serve first of all cultural and educational purposes, rather than commercial.”

“There are dozens of festivals in Russia which bring films that win in Venice, in Locarno, in Berlin and at other festivals, but for commercial reasons are never bought for theatrical release in Russia. These festivals are the only places where Russian audiences can see them on the big screen and the new law would put an end to this.”

“It is also important to note that the new version of the law will make the retrospectives of important filmmakers like Bergman or Kubrick impossible as well”, Rodnyansky explained.

According to one industry figure acquainted with film policy in Russia, this amendment for the position of festivals “had been planned for some time, but now they have done it really quickly and it should therefore definitely go through, supposedly so as to have parity with the festivals with Russian films which were similarly ‘censored’ three years ago.”

They added: “From my point of view, it is all about control (censorship) and the elimination of competition for Russian content. This is another step towards a shake-out of the Russian cinema market and total censorship.”

The new legislation would also increase bureaucracy and concentrate the decision-making process in the hands of civil servants at the Ministry of Culture.

“The application for the distribution certificate costs money because one has to submit many documents in Russian without any guarantee of getting the certificate, “ said the industry figure - who asked to remain anonymous.

If this amendment comes into law, “the number of retrospectives and festivals of foreign films will be much reduced because they don’t have the resources for this bureaucracy or don’t meet the requirements. In future, the Russian cinema-goer will completely deprived of a large part of world cinema, be it old or new.”

In a letter signed by representatives of festivals in Russia including documentary festival DOKER, the Festival of Italian Cinema RIFF, Irish Film Festival, Beat Film Festival, the Association of Cinema Managers, as well as the Karo cinema chain, the distributor Russian Report and film critic Andrey Plakhov, the signatories appealed to President Putin “to preserve for spectators the opportunity to become acquainted with the culture of your own country and other countries and to prevent the adoption of this bill until it meets the most important task - supporting and developing culture and popularizing cinema as the most important of the arts.”

They added that they were “ready for constructive interaction” with the working group of the bill and asked the President to refer it back for further consultation with representatives of the film industry.

“We hope that, in such an important direction as cinema, we will be able to collaborate on drafting a legislative document that will create the necessary basis for the development of culture and will protect the interests of citizens of our state,” the letter concluded.