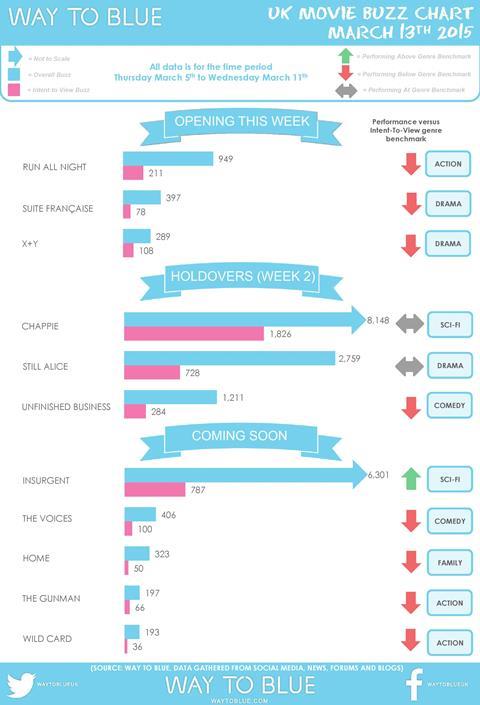 Neill Blomkamp’s sci-fi thriller Chappie managed to top this week’s social buzz chart after a week on release, according to Way To Blue.

Of those comments, 22% expressed intent to view, meaning they were likely to visit the cinema to see the film.

A week ahead of its UK release, Divergent sequel Insurgent drew close to 6,300 comments (12.5% itv).

Of the films opening this week, only Liam Neeson action film Run All Night moved the dial with close to 950 comments.