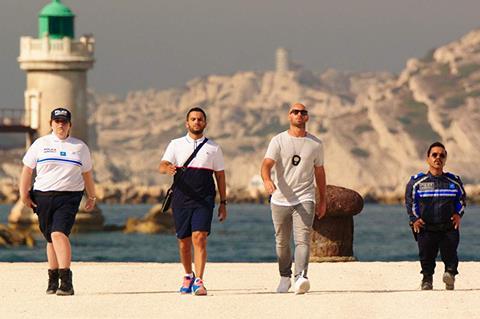 The international box office for French films fell 52% to 40m admissions worldwide in 2018, against 82.5m in 2017, according to figures released by Unifrance on Thursday (January 17).

French cinema export body published the preliminary data at its annual press conference, this year taking place at the Ministry of Culture, on the fringes of its annual Rendez-vous with French Cinema in Paris (January 17-21).

According to the Unifrance numbers, the admissions generated a box office of €237m against €468m the year before. The figures were similar to those of 2016 when there were 34m admissions worldwide.

Unifrance deputy managing director Gilles Renouard said there were two key reasons for the drop in international admissions. Firstly, there was the lack of a big  EuropaCorp or Studiocanal English-language mainstream production with an international cast or a successful family-focused animation. (Although the biggest film outside France last year was Taxi 5, a EuropaCorp film, it told a French story with a French cast.)

Secondly, he cited the generally complex and difficult situation for independent cinema worldwide in the face of big US franchises and the platforms.

Majority French productions garnered 26m admissions in the international market in 2018, a decline of 58.4% year-on-year. Admissions for French-language films fell less steeply to 24.6m for a 38.2% drop. Six films drew more than 1m spectators internationally in 2018, against seven in 2017.

Italy, in a surprising development given the poor overall box office for the territory in 2018, was the top market for French films last year with 3.9 million admissions. English-speaking US and Canada came in second with 3.9m annual admissions, followed by Belgium and Luxembourg (2.9m), Spain (2.9m) and Germany (2.8m).

Renouard noted China remained a complex territory to penetrate for French film on a regular basis, mainly due to its quota system for theatrical releases.

The French international export scene had been expecting the poor box office figures since September when Unifrance released data for the first eight months of the year, which already showed a fall. Some sales agents are beginning to question whether Unifrance’s focus on theatrical admissions still makes sense in the age of streaming platforms as a measure of the performance of French cinema internationally. They also question the inclusion of English-language, Hollywood-style productions in the overall data.

“2018 results have yet to be fully collated but they will be very close to those of 2017, when sales generated some €170m ($193m), and more than 600 French films were released internationally,” she said. ”We need to remember that independent cinema throughout the world, even that hailing from the US, is undergoing a crisis.”

French films are expected to appeal to international audiences this year include feature-length animation Asterix: The Secret Of The Magic Potion, comedy Serial Bad Weddings 2 and a slew of family-focused titles including Miniscule 2, Terra Willy and Mia And The White Lion.

The top 10 exporters/sales agents for French cinema by admission