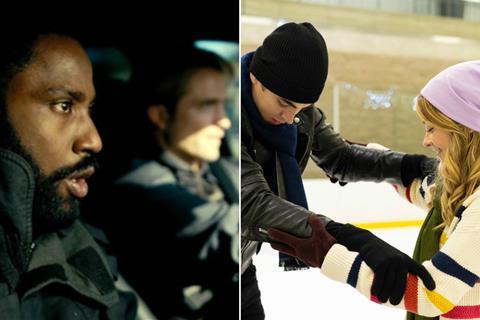 ‘Tenet’, ‘After We Collided’

Christopher Nolan spy thriller Tenet grossed an estimated $25m in its fourth session internationally, boosted by openings in Japan and Mexico. The estimated international total for the Warner Bros release now stands at $214m, and the global total – including North America – is an estimated $250m.

Tenet debuted in first place in Japan with $4.3m, which Warner Bros reports is ahead of both Dunkirk and Interstellar for the three-day opening weekend. IMAX delivered 27% of the Japan total. Japan enters its Silver Week holiday this week, which should boost business throughout the period.

In Mexico, Tenet likewise opened in first place, with $850,000. That number compares with a $1.73m Mexico debut for Dunkirk, and a $2.77m opening for Interstellar, per Box Office Mojo.

Thanks to its strong start, the UK and Ireland remains Tenet’s second-best international market overall, with its $18.2m cumulative total behind only China’s $60.6m. Next come France ($15.6m), Germany ($12.9m) and South Korea ($11.9m). Successive weekly box office declines in the UK of 35%, 43% and 35% mean that the territory is no longer among Tenet’s top five performers for the latest weekend period.

Tenet still has 25 markets yet to open, including Latin America, Indonesia, India and the Philippines. The film is chasing global totals for Interstellar and Dunkirk of $696m and $527m respectively.

A number-one opening in Russia and strong holds in the UK and Ireland and Germany contributed to a robust third session for Voltage Pictures’ After We Collided. The second film to be adapted from the series of “new adult” romance novels by Anna Todd (following 2019’s After) delivered an estimated $4.4m for the weekend, up from $4.18m for the previous weekend period. The estimated total is $30m. After grossed $58m internationally and $12m domestically last year for a $70m global total.

Its top market at the weekend was Russia, with $1.01m, and $1.82m including Thursday takings for Volga Film. The Thursday opening day delivered the second-highest single-day box office for a film since Russian cinemas reopened post-lockdown, behind only Tenet.

Next for After We Collided at the weekend was Germany, with $746,000 from 581 sites for Constantin. Right behind is UK and Ireland, with an estimated $793,000 from 453 venues for Shear Entertainment. Voltage reports that the latest weekend site average for After We Collided is ahead of the Tenet number in the UK, and the film will expand to more than 500 cinemas this coming weekend.

Disney’s Mulan, which is playing theatrically in territories where the Disney+ subscription service does not operate, added an estimated $10.9m at the weekend, the third for the live-action remake. That compares with $29.1m for Mulan’s second session, which was boosted by its opening in China.

This time around, South Korea provided the top new opening for Mulan, with an estimated four-day $1.2m. Disney reports that the Niki Caro-directed film should benefit in the territory from the upcoming Chusok holiday.

China’s second weekend delivered an estimated $6.5m – a steep drop from the $23.2m opening – and the film was once again defeated by local hit The Eight Hundred. Strongest holds were in Poland (-21%) and Middle East (-39%).

The New Mutants holds up in Spain, France, Germany

Weekly declines for The New Mutants of less than 30% in Spain, France, and Germany gave some cheer to Disney, which reports an estimated $2m at the weekend for the title internationally, and a $17.3m international total. The domestic estimated total is a very similar $17.7m, yielding a $35m global tally.

Drops were 19% in Spain, 23% in France, and 26% in Germany. Top international market so far is France, with a $2.6m cumulative total. This coming weekend sees the X-Men spinoff launch in Croatia, Middle East and Slovenia. Key future openings include China, Japan and Brazil.