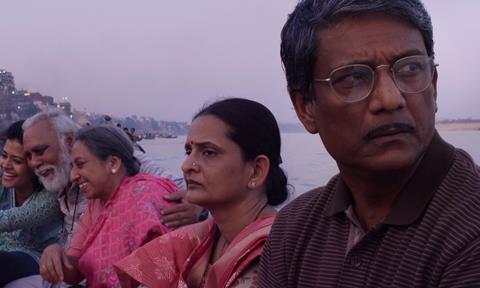 C International Sales has closed a slew of sales on award-winning Indian drama Hotel Salvation (Mukti Bhawan), including deals with the BFI for the UK & Eire and Cargo Records for Germany.

The independently-produced drama, which premiered at Venice last year, has also gone to Lanterna de Pedra for Portugal, Bitter’s End for Japan, Mano Entertainment for South Korea, Ster Kinekor for South Africa, Darpan for Singapore and Cineplex for Taiwan.

The film, which also screened at Dubai International Film Festival (DIFF) last year, has also been acquired by the festival for release in the Middle East. DIFF is currently screening the film at its DIFF365@VOX dedicated arthouse screen at VOX Cinemas, Mall of the Emirates in Dubai.

Directed by Shubhashish Bhutiani, the film stars Adil Hussain (Life Of Pi) as a man whose elderly father decides it’s time to die and requests to be taken to the holy city of Varanasi. Lalit Behl, Geetanjali Kulkarni and Palomi Ghosh also star.

“Rarely does a film make you laugh and cry at the same time. Mukti Bhawan is one such film; deep, sublime and yet humorous, rooted in Indian values and culture,” said C International chief Marina Fuentes.

The film has been picking up a raft of awards worldwide and is being tipped as a candidate for India’s entry to the foreign-language category of the Oscars. In Venice, the film won the UNESCO Gandhi Medal and the Grand Prix ‘Enricho Fulchignoni’ Award. It also recently won best film at the New York Indian Film Festival.