International industry to come together to watch new projects at Doclisboa 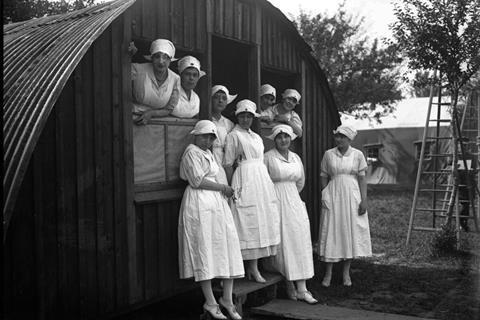 The organisers of DocLisboa’s industry strand Nebulae (October 22-November 1) are responding to the challenges of the pandemic in defiant form. While the festival will take place in six ‘moments’ from October to March in cinemas in Lisbon, Nebulae is now entirely online.

“It’s an act of resistance that forced us to create new models and allowed us to discover new ways to bring people together,” says Doclisboa industry coordinator Glenda Balucani of this year’s edition.  “Crucial for us is the importance of building bridges and maintaining a dialogue between the film and industry programmes. Nebulae is a space for film professionals but it also intends to communicate with the DocLisboa audiences, involving them in the most relevant discussions and topics.”

That means that, in its second year, Nebulae is presenting “an intense programme of events tailored for a large community of film professionals, moving its activities to the viral format while maintaining its strong identity and purposes,” according to Balucani.

“We didn’t just want to apply our onsite activities to online, we wanted to take advantage of the new platform,” agrees Nebulae coordinator and producer Ana Pereira. “We have invited a lot of attendees from Asia, Africa, South America who otherwise couldn’t attend.”

Opening this year’s Nebulae on October 22 will be two Meet The Projects sessions, in which chosen filmmakers will present their projects — which are in various stages of development  — via video to 200-300  international attendees.

The first of these sessions is dedicated to eight filmmakers from the festival’s invited country of Georgia which, says Balucani, offers “a unique opportunity to discover the most recent Georgian productions; a cinema not widely known in western Europe.”  Among them are Ketevani Kapanadze’s Champions, a drama set in a marginalised queer community in Kutaisi, Georgia; Misho Antadze’s Ozymandias, which presents a stark look at Stalin’s legacy and Maradia Tsaava’s Water Has No Borders, an exploration of the last remaining connection — a disused hydroelectric tunnel — between Georgia and the now-independent region of Abkhazian.

“There are very different projects,” notes Pereira. “Yet in some way they all talk about contemporary Georgia. You have films that show the countryside, and the experience of rural life. You also have films that address the concerns of the younger generation.” 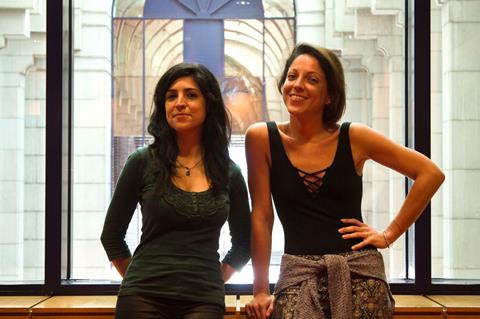 The second Meet The Projects session will showcase the 12 projects featured in DocLisboa’s dedicated Arche laboratory, which supports filmmakers from Portugal, Spain, Italy, South America and Central America. Among them are: Gentlewoman (Portugal) from Claudia Alves, a look at the high society Portuguese women who became First World War nurses in France; Sofia Brockenshire’s The Dependents (Canada-Argentina), described as an audio-visual exploration of a nomadic existence; and Pedro Tinen’s Territories in Trance (Brazil), which analyses the Latin American landscapes displayed in contemporary documentaries.

The festival has worked extremely closely with the selected filmmakers to make sure that they get the most out of their online experience. “We asked them to prepare a video that did not take the form of a traditional pitch,” Pereira explains. “They essentially created a short film with their footage. During the session each filmmaker will speak briefly, for about three minutes, and then play the video. The idea was for them not to just pitch, but for us to create a more human gathering.”

Using the same online platform, accredited industry professionals will also be able to access more details about all the filmmakers and projects, including the video presentations, and set-up virtual one-one-one meetings for further discussion.

It is clear that Nebulae’s migration to online brings with it some huge advantages — not least enhanced collaboration and co-production possibilities — and the team are already looking to capitalise on these for future festivals. “Of course, we like to meet people and we will make the festival and a lot of industry activities physical again,” says Pereira. “But we are thinking that we might keep an online model, at least for some activities.”