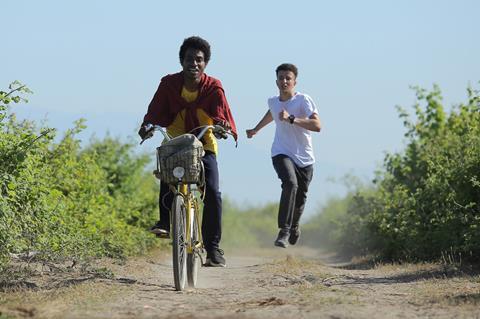 Foroughi’s second feature is about a swimmer learning a new open water discipline, who develops a close alliance with his coach.

Written and directed and produced by Foroughi, it is also produced by Kiarash Anvari and Christina Piovesan for Canada’s First Generation Films. The $25,000 (£20,782) prize is shared between the director and producers.

Jonas Trueba’s Spanish comedy You Have To Come And See It, depicting conversations between two couples between city and and country life, received the $15,000 Special Jury Prize.

The best actress prize was shared between Taki Mumladze and Mariam Khundadze for their lead roles in Ioseb ‘Soso’ Bliadze’s Georgian title A Room Of My Own, which Mumladze co-wrote with Bliadze.

Earlier this week the awards in the Eastern Promises industry strand were handed out, including to Yemeni-Sudanese title The Burdened.

This year’s festival is on track to top the attendance figures of the last pre-pandemic edition in 2019, according to artistic director Karel Och.