'Israel In A Day' gears up with 'Sand Storm', 'Jonathan Agassi' filmmakers (exclusive)

Israel is set to get its own Life In A Day instalment, with Tel Aviv production house 2-Team Productions (Sand Storm) teaming up with Jonathan Agassi documentary duo the Heymann brothers on the project. 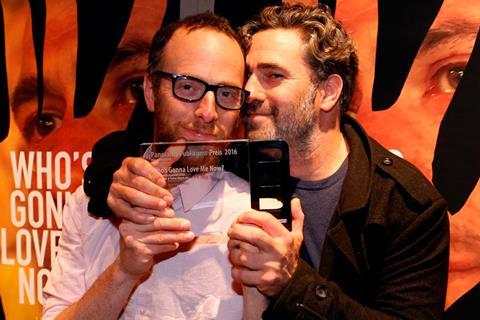 The original 2011 instalment Life In A Day was directed by Kevin Macdonald and Loressa Clisby and featured scenes selected from 4,500 hours of footage from 80,000 submissions and 192 nations. Since then, single-country versions have been produced in Japan, Italy, Spain, Canada and India.

The Heymann brothers are the filmmakers behind Mr Gaga, Whose Gonna Love Me Now? and most recently Jonathan Agassi Saved My Life, which premieres at Jerusalem Film Festival on Tuesday (July 31).

Haim Mecklberg and Estee Yacov-Mecklberg are producing Israel In A Day for their banner 2-Team Productions, the company’s previous credits include Sand Storm and A.K.A. Nadia. United King Films is also a co-producer and has theatrical rights in Israel.

The Israel Life In A Day project was first announced in 2014 but it is now moving forward and the filmmakers are aiming to open the door to submissions on a singular date in April or May 2019. The most likely process will see an attached broadcaster, to be named at a later date, creating a bespoke Israel In A Day website to accept submissions, which the filmmakers will then process into a feature.

2-Team Productions has raised private funding and is hoping one of Israel’s Film Funds will board the project. Italy’s Indiana Productions, previously announced as attached to Israel In A Day, are no longer involved.

“We deliberated for a long time who would be the right person to direct it, and we’ve decided the Heymann brothers, together, are the best choice for us,” commented producer Haim Mecklberg. “Israel In A Day will be a little different than the other instalments because we have been given permission [from Scott Free] to go beyond the project bible, which says you have to do it within a single territory. We want to make it about the Israeli experience, not the state of Israel, and will take it beyond the territory to backpackers in South America, the Chabad houses all over the world, the Israeli art community in Berlin, etcetera.”

Mecklberg also explained that while previous versions of Life In A Day have been in a single language, Israel In A Day will be in a cacophony of languages including Hebrew, Arabic, Russian and English.