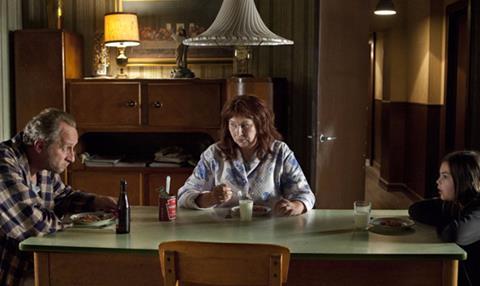 Belgian director Jaco Van Dormael’s The Brand New Testament, which will be released in Norway by Another World Entertainment, left the ceremony with two awards, including the Sower of Joy prize and the Audience award.

The jury described the film as “an absurd, smart and extremely original film, which deserves to reach a large audience.”

The Audience jury added a special mention to Norwegian director Kari Anne Moe’s documentary Rebels (Pøbler), which had its world premiere at the festival.

August collected the Playing Faun, the city of Haugesund’s appreciation of a good ambassador for the festival, while Nørby was given the festival president Liv Ullmann’s honorary prize.

Silent Heart, which follows three generations of a family gathering over a weekend to say goodbye to Esther (Nørby), their mater familias, who is terminally ill, was selected for the festival’s main programme.