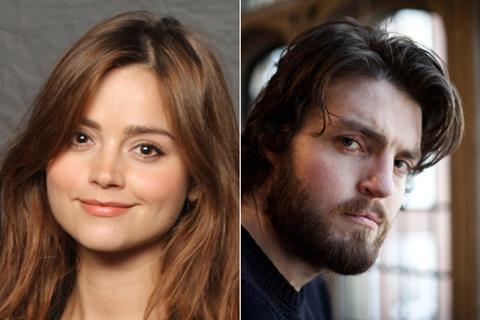 Jenna Coleman and Tom Burke will lead the cast of Klokkenluider, the feature directorial debut of actor Neil Maskell, which will start its three-week shoot on February 28 in East Sussex in southern England.

With the working title Klokkenluider (which translates from Dutch to English as ‘whistleblower’), the film is a darkly comic, character-driven thriller following Ewan, a government whistleblower, and Silke, his forthright Flemish wife, as they are sent to a remote country house in west Belgium. Joined by two close protection officers, they await the arrival of a British journalist.

The entire cast and crew are currently in a Covid-secure ‘bubble’. Producers estimate that making the production Covid-secure has added an extra 15% to the budget; the majority of filming will take place in one large house, which will aid the production.

“The auspices attached to this project were very enticing to us and Neil Maskell’s vision of combining sharp wit with moments of true terror feels like it breaks through the noise in the market rights now,” said Elman.

“We’re really grateful to be working with such a committed and talented crew, and such supportive financiers and executive producers. We’re also pretty chuffed to have a reason to get out of the house and into another, slightly bigger, one!” said Simmons and Aspin.

The film reunites Maskell with Wheatley and Starke’s Rook, with the actor having starred in Wheatley’s Kill List and Happy New Year, Colin Burstead as well as appearing in High Rise. Maskell previously directed 2010 short Shitkicker.

In film, Burke is best known for playing Anthony in Joanna Hogg’s The Souvenir; while he also leads TV series Strike based on the Cormoran Strike detective novels from Harry Potter author J.K. Rowling, under the pseudonym Robert Galbraith.

Simmons was named a Screen Star of Tomorrow in 2018, and has produced features including 2016’s Chubby Funny and 2020’s Say Your Prayers. This is a first feature for Erebus, through which Simmons and Aspin have previously made shorts including Sophie King’s Swan, which was part of The Uncertain Kingdom anthology.