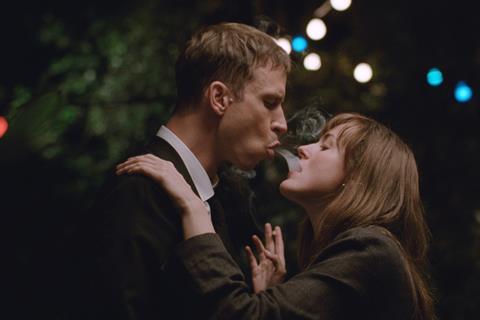 The Worst Person In The World

Mubi has acquired all UK, Ireland and India rights for Joachim Trier’s Norwegian drama The Worst Person In The World, which premiered in Competition at the Cannes Film Festival last week.

The London-based streaming platform and distributor closed the deal with French sales agent mk2 Films, which is handling international sales. Mubi plans to release the feature theatrically in the UK and Ireland. Neon has picked up the US rights.

The romantic drama is the third film in Trier’s Olso trilogy, which began with Reprise in 2006 and continued with Oslo, August 31st, which premiered at Cannes in Un Certain Regard in 2011. The Norwegian filmmaker was last in Competition at the festival in 2015 with Louder Than Bombs.

The Worst Person In The World stars Renate Reinsve, whose debut was in Oslo, August 31st, and Anders Danielsen Lie, who featured in the previous two films in the trilogy. Reinsve plays Julie, who holds back from starting a family with her older cartoonist boyfriend, and then throws herself into a new relationship with a young man, played by Herbert Nordrum, who she meets at a party.

Trier co-wrote the script with regular collaborator Eskil Vogt, who appears in Cannes with his own The Innocents. It is produced by Thomas Robsahm, Oslo Pictures, MK Productions, Snowglobe, Film i Väst, and B-Reel.

Further Cannes titles acquired by the firm include Andrea Arnold’s documentary Cow, which screened in the new Cannes Premieres section, as well as Valdimar Jóhannsson’s Lamb, Sebastien Meise’s Great Freedom and Tatiana Huezo’s Prayers For The Stolen, which were all selected for Un Certain Regard.