New event will focus on first features from the Arab world. 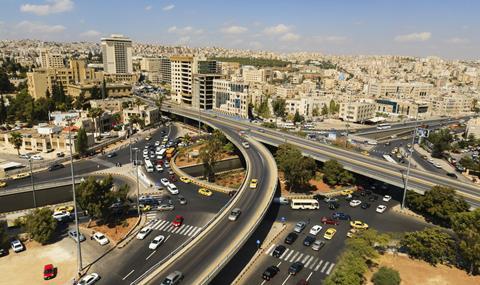 The Royal Film Commission Jordan (RFC) is launching a film festival aimed at debut features from the Arab world as well as promoting the country’s burgeoning pool of professional film and TV crew.

The inaugural edition of the Amman International Film Festival, which is beind held in the nation’s capital, will take place at the beginning of June 2018. It is a joint initiative between the RFC and Cairo-based MAD Solutions through its Arab Cinema Centre platform.

Speaking to Screen in Cannes, RFC executive commissioner HRH Princess Rym Ali said the festival was a “natural step” for the commission under its double remit of promoting Jordan as a shooting location and building a local film and TV industry.

In recent years, the territory has put itself on the locations map, hosting productions like The Martian and X-Men: Apocalypse, while the Oscar nomination in 2016 for UK-Jordanian filmmaker Naji Abu Nowar’s Theeb put the spotlight on Jordan’s own filmmaking scene.

The event also builds on the commission’s year-round efforts to build a cinema culture in Jordan with events such as the annual Arab Film Festival in July.

“We often have to turn people away because there is not enough room which made us realise that we had to update the event,” said the princess.

The RFC also plans to run its annual Film & Television Careers’ Connection (FTCC) at the same time as the festival. The annual careers event aimed at Arab cinema crew working in Jordan used to take place in October.

Key festival staff including the artistic director have yet to be announced.

“We’re very aware of the importance of a credible programmer and how this can make or break the festival and it’s something we’re working on now,” Princess Rym Ali said.