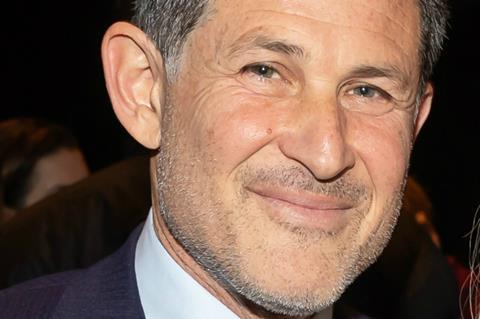 Josh Berger, president and managing director of Warner Bros UK, Ireland and Spain and president of Harry Potter Global Franchise Development, has decided to leave the company in December after over 30 years of working there.

Berger will remain as an advisor to senior management until the middle of 2021 in his role as an executive producer on the third Fantastic Beasts film and BBC documentary Fantastic Beasts: A Natural History.

In his time at Warner Bros, he worked on over 350 theatrical releases as country manager for the UK and Ireland. He was the first person to hold that role in 2002, adding Spain to his portfolio in 2009.

In 2012, Berger was instrumental in the £100m acquisition of Leavesden Studios, which also became home to The Making of Harry Potter tourist attraction.

The following year he set up the Warner Bros Creative Talent programme to develop diverse, emerging talent from all backgrounds in the UK and Ireland creative industries.

His Harry Potter development role began in 2014, working on the Fantastic Beasts film series as well as multiple tie-in franchise initiatives, including the Harry Potter And The Cursed Child stage play.

Berger became chairman of the British Film Institute in 2016, having been a BFI governor since 2011. Under his chairmanship, the BFI has developed and promoted its Diversity Standards, aimed at creating equality of opportunity and addressing underrepresentation in the screen industries. Berger’s five-year term as BFI chair is due to expire in mid-November.

“Josh is one of the most respected people in the industry,” said Gerhard Zeiler, head of international at WarnerMedia. “He has been integral to the ongoing success of our Warner Bros businesses in the UK, Ireland and Spain, and has been an incredible steward to the Harry Potter franchise. It is fair to say that, thanks to his leadership and energy, our company is for sure better off today.”

“There’s nothing more amazing than seeing stories being brought to life on screen,” added Berger. “Over the last 31 years at Warner Bros, I’ve been lucky to see every part of that process in action. I’ve seen ideas being formed and deals being struck, magic being made in front of the camera and behind it, and stories being told from – and sent to – all corners of the earth.

“I’m so grateful to all my colleagues for making this place feel like home for so long and wish them all the best for the future.”