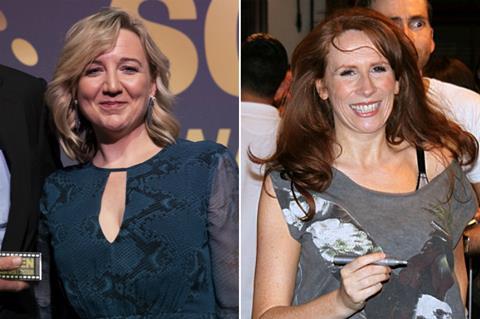 Mathew Horne is reprising his role from the series and subsequent TV spin-offs and will be joined by Katherine Parkinson (Pirate Radio) in the cast.

The feature will explore the origins of the profanity-laden pensioner Joannie Taylor, played by Tate, who first appeared in BBC sketch series The Catherine Tate Show, which ran for three series between 2004 and 2006. It was nominated for six BAFTA Awards, two British Comedy Awards and an Emmy Award, spawning several spin-offs based on the Nan character.

Tate has written the feature’s screenplay with Brett Goldstein. The pair previously collaborated on two 35-minute BBC comedy specials, both titled Catherine Tate’s Nan, produced by Tiger Aspect in 2014 and 2015.

Damian Jones (The Iron Lady, Absolutely Fabulous: The Movie) is producing the feature and Warner Bros has pre-bought UK rights.

London-based Great Point Media is a financier on the project. Screen understands a sales company is circling international rights.

Josie Rourke is a renowned theatre director who has been the artistic director of the Donmar Warehouse theatre in London since 2012. Her historical drama Mary Queen Of Scots, starring Saoirse Ronan and Margot Robbie, was her debut feature. The film was nominated for three Baftas and two Oscars this year and grossed $46m globally.