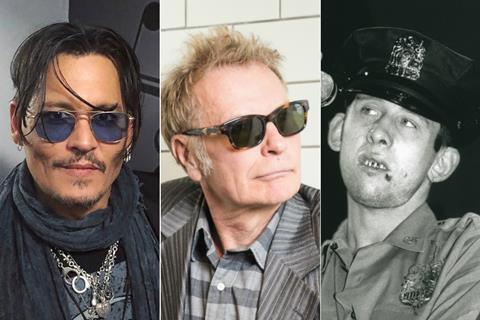 Julien Temple is to direct a documentary about Irish musician Shane MacGowan, produced by Johnny Depp, which the UK’s HanWay Films has acquired to sell worldwide.

Shane will feature animation, unseen footage from Temple’s own archives and contributions from collaborators, artists and MacGowan’s family to tell the story of his life. The film will culminate with his 60th birthday celebration, populated by musicians and film stars.

HanWay Films has acquired worldwide sales rights and will introduce the project at the upcoming European Film Market (February 20-28), where the company will screen footage for the first time. Altitude Films will distribute the film in the UK and Ireland, and it will be broadcast in the UK on BBC Four at an as yet specified date.

Producers are Temple (The Filth And The Fury) and Stephen Malit (London: The Modern Babylon) for Nitrate Film together with Depp and Stephen Deuters (Minamata) through Depp’s production entity Infinitum Nihil.

“It’s not the easiest thing to make a film about Shane MacGowan,” said Temple. “The nearest thing I can think of is one of those David Attenborough films. You set the camera traps. You wait and you wait, in the hope that one day the snow leopard will trigger them. Then when you do actually capture the unique force of Shane’s personality, even for a moment on screen, you realise it was all worthwhile.”

Depp added: “Knowing Shane for 30 years, I am honoured to be producing the definitive film on both my friend and one of the most important artists and beloved poets of the 20th century.”