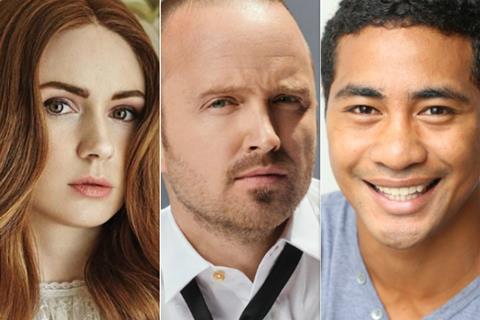 The story centres on a woman (Gillan, Jumanji: Welcome To The Jungle) who opts for a cloning procedure after she receives a terminal diagnosis and is court-martialled to a dual to the death when she starts to recover.

Riley Stearns is directing from his screenplay and produces alongside XYZ Films and Lee Kim, with Film Service Finland providing production services.

XYZ is financing the film through its fund backed by Helsinki-based IPR.VC, with additional production financing from BondIt Media Capital and Head Gear Films. Matthew Helderman and Luke Taylor serve as executive producers.

Dual is receiving support from Business Finland and Film Tampere, and employs approximately 100 Finnish film professionals. The production is taking place under strict Covid protocols, and the producers noted that Finland has maintained consistently low levels of infection.

“We’re thrilled to be working with Riley and this great creative team,” said XYZ partner Aram Tertzakian. “XYZ is already deeply invested in Finland, so it’s truly an honor to bring a project with the pedigree of Dual as Finland’s first major Hollywood production.”

“Since arriving over a month ago, I continue to find myself inspired by the city of Tampere,” says Stearns. “It has informed the look and feel of Dual in ways I never could have imagined while writing the script. I’m excited for audiences to see the world we’re able to create thanks to filming here.”

“Finland offers an exceptional environment for feature, documentary, serial fiction and animation productions not only based on our industry expertise and incentives but also thanks to Finland’s stable operating environment,” said Paavo Virkkunen, executive director, Finland Promotion Services, Business Finland.

“With commitment to safety and cooperation between XYZ, Finnish partners and authorities, we have been able to create conditions where filming Dual is possible, despite the pandemic.”

“Dual is a very important opportunity for Finland, and for Tampere,” said Ilkka Rahkonen, director of Film Tampere. “With our incentive offering and infrastructure, I am pleased that Tampere is emerging as a leading international filming destination.”

Business Finland is wholly owned by the Finnish government and offers an audiovisual incentive up to a maximum of 25% cash rebate for production costs in Finland. The Film Tampere film commission offers a cash rebate that can be granted for 10% of the production’s qualifying total budget spend in the Tampere region.

XYZ is in post-production on Stowaway starring Anna Kendrick and Toni Collette.