The Flickering Flame will explore the director’s 50-year career through the battles he fought to make films. 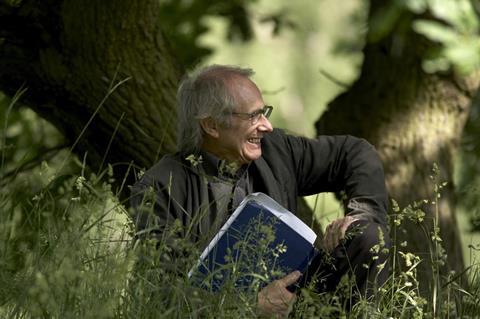 Sixteen Films unveiled details of an ambitious interactive biography titled The Flickering Flame, exploring the career of director Ken Loach at the Power to the Pixel Finance Cross-Media Forum today.

“At the project’s centre will be an interview-led documentary which explores the different battles that not only inspired Ken’s films but have also arisen in the process of getting them made,” said producer Rebecca O’Brien, Loach’s long-time collaborator at production house Sixteen Films.

Loach’s son, Jim Loach, has been commissioned to direct the film, which will feature interviews with the filmmaker’s detractors as well as his collaborators.

O’Brien said these “battles” ranged from the political, referring to the rage in the UK’s right-wing press over the Palme d’Or-winning The Wind That Shakes The Barley; to the social, as was the case with Cathy Came Home in 1966, which was instrumental in creating the charities Shelter and Crisis; to the anti-establishment with Questions of Leadership, which had challenged union bosses.

A battle even arose over the strong language of the Glaswegian protagonists in his 2002 drama Sweet Sixteen after the British Film Classification Board gave it an 18 certificate.

“We protested that the word ‘fuck’ was more or less used as punctuation in that part of the world and that ‘cunt’ was often used as a term of endearment,” recalled O’Brien.

“The teenagers that the film was about would not be allowed to watch it because of the arrogant views of people from Middle England far away from their world.”

O’Brien explained that The Flickering Flame project had been sparked by the discovery of several archive boxes, packed with production memorabilia from across Loach’s career, when London-based Sixteen Films moved office a few years ago.

“It dawned on me that Ken had filled a box for every film he made with his letters, ephemera and other effects and these provide an extraordinary insight into how his films were made,” said O’Brien.

The boxes contained films that even close collaborator O’Brien did not know existed, including the documentary Black and White.

The 1970 film, exploring Save The Children’s work in the UK and Africa, was commissioned and then banned by the charity because it portrayed the organisation in an “imperialist and authoritarian” light, Loach explained to her.

“There is so much fascinating material in this archive not just about individual films but also the history of who we are and that battles we fought,” she said.

“We decided we had to share the unique resource and more importantly find a way for people to discover the work for themselves. So why not create an interactive project that would take people behind the films and into the heart of the treasures of the archive.”

She said that the archive is now in the “custody” of the British Film Institute (BFI), which has been cataloguing the material for the last two years, but that Sixteen Films has retained clip rights and also owns the copyright to many of the interviews and making of films.

The title of the film stems from Loach’s 1996 documentary The Flickering Flame, about the Liverpool dockers strike.

O’Brien said Sixteen Films was teaming with Upian - the Paris-based digital production company behind award-winning interactive works such as Alma - A Tale of Violence - as well as Franco-German broadcaster ARTE on the project.

“Over the years, it has emerged France is one of Ken’s best territories,” she said. “Our films traditionally do five times more business at the French box office than at home. We even hold the world record of 12 films in competition at Cannes so it made sense for us to partner with Parisian digital outfit Upian.”

“With them, we’re developing an original project that will allow the user to watch a linear documentary that can take the user off-piste to scroll down through archive material and other relevant material and then return you seamlessly to where you left off the film,” she explained.

It is O’Brien’s second cross-media project following an interactive website connected to Loach’s documentary The Spirit of ‘45, created by The Project Factory and transposing users into the world of 1945.

The Flickering Flame was among eight projects due to presented at the Power to the Pixel Finance Cross-Media Forum today.

Other projects included Lyana Saleh’s Syrian-set On Screen Off Record, which was due to be pitched by Signe Byrge Sorensen of Final Cut For Real, who produced Oscar-nominated The Act of Killing, in the second-half of the day.

More news on this project and other projects to follow…