UK producer behind Palme d’Or winners I, Daniel Blake and The Wind That Shakes The Barley to discuss creative talent. 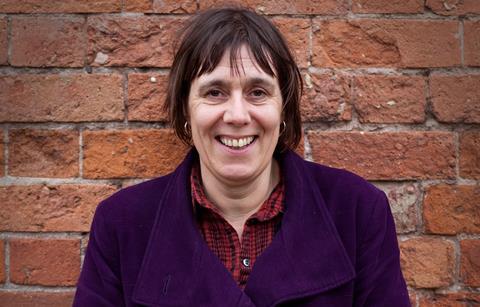 Rebecca O’Brien, producer of more than 15 films by Ken Loach, is to speak at the MBI Media Summit on June 7.

The Sixteen Films producer will sit on a panel titled Creative Talent: Finding them, growing them, keeping them, which will explore the importance of equipping new and emerging British talent with the skills to remain competitive on the international stage.

O’Brien was on stage with Loach at the Cannes Film Festival on Sunday after their latest feature, I, Daniel Blake, won the coveted Palme d’Or.

It marked a decade since Loach won the festival’s top prize with The Wind That Shakes That Barley, also produced by O’Brien.

What is the Media Summit and why should I attend?

The MBI Media Summit has established itself as a key event offering valuable insight into the strategies of the world’s leading media companies, and the businesses and individuals that are disrupting the old order.

Whether it’s TV, film or advertising, the Media Summit will cover new thinking around content, audiences and platforms.

What is on the agenda at the Media Summit 2016?

Themes for this year include the globalisation of content, which will be addressed in interviews with the chief executives of international giants Endemol Shine Group (Sophie Turner Laing) and FremantleMedia Group (Cecile Frot Coutaz).

In the digital world, Bruce Daisley will share insight around Twitter’s thinking about audiences and behaviour, and Janine Gibson, editor-in-chief of BuzzFeed will discuss how it is building and capitalising on online audiences.

We will also discuss the vital question of the future of the BBC, with the corporation’s director of strategy and digital James Purnell addressing delegates in the immediate aftermath of the government white paper, which is due to be published in late May.

There will also be sessions highlighting the impact of social and sharing; how audience consumption is evolving; the snowballing appetite for scripted content; the place of PSB in the 21st century; and the innovation at the heart of new digital businesses.

Virtual reality, video-on-demand, and content marketing will all play a key part in the discussions.

Who’s behind the Media Summit?

It reaches more than 100,000 media professionals globally, across broadcasting, film, advertising and other media.

Who will be attending the Media Summit?

More than 300 media professionals and creatives will attend over two days. MBI conferences attract a high proportion of CEO and MD level delegates and creative leaders from all areas of media, creative agencies and arts organisations.