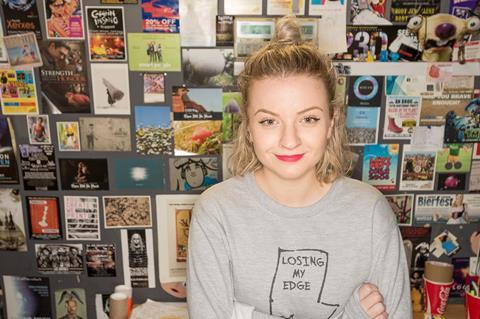 Ireland’s Kerry Film Festival has announced the appointment of Eibh Collins as its new head of programming as it prepares to mark its milestone 20th year.

The full-time position is a newly-created role that sees Collins take on the responsibilities of outgoing artistic director Maeve McGrath.

Collins, a former manager at Irish Film London and IndieCork festivals, will curate the line-up at this year’s Kerry Film Festival, which runs October 17-20.

In 2013 Collins became manager at both Irish Film London and IndieCork Festivals, the latter from its inception through to 2018. In 2016 Collins began programming short film internationally and touring her curated selection of Irish shorts programmes.

Over the duration of 2019 she has been the short film programmer for the Oscar-qualifying Galway Film Fleadh, joined the team at Encounters Festival and is currently the deputy director of Irish Screen America, while curating several international programmes and events for a number of festivals including Torino Film Market in Turin, Italy.

On the appointment, Grace O’Donnell, chair of the Kerry Film Festival said: ”We are excited to have such a strong voice for Irish cinema and one of the top young female professionals in the industry curating the festival for our 20th edition and beyond.”

On her appointment, Collins said: “I truly just want to create a supportive and exciting space for filmmakers, both emerging and established, to attend what is sure to be a very special weekend.”

This year’s programme, which has yet to be announced, will include Irish and international features and shorts programmes as well as industry events and talks.