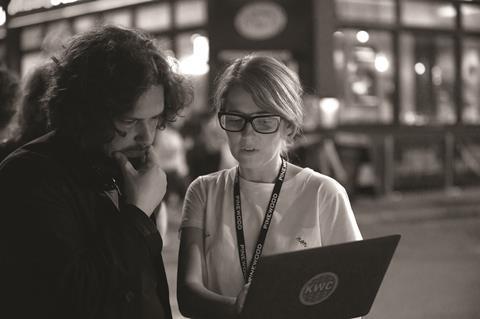 Glasgow Film Festival (GFF) is to host interviews with 1917 writer Krysty Wilson-Cairns and Oscar-winning director Kevin Macdonald as part of its industry platform, which will take place online and feature a rising talent initiative for the first time.

Scottish writer Wilson-Cairns and The Mauritanian director Macdonald will take part in the spotlight interviews during GFF’s Industry Focus, set to run March 1-6.

The festival has also partnered with global streaming platform Mubi on a new Ambassador initiative, aimed at highlighting under 30s talent in the GFF programme.

Filmmakers selected as ambassadors include Limbo director Ben Sharrock, Anna And The Apocalypse director John MacPhail and Perfect 10 director Eva Riley as well as Beats actress Rachel Jackson. They will each host Instagram Live events to talk about films by under 30s talent in the programme, promoting their chosen film through social media.

The industry days will also include case studies with Sharrock as well as Rob Savage, whose zoom horror Host proved a viral hit during lockdown.

This year’s country focus is on South Korea and will include an event with Voice Of Silence director Eui-jeong Hong and Min-ho Woo, director of The Man Standing Next, South Korea’s submission for the international feature film Oscar.

Panels will include a discussion on disability in film with Scottish filmmaker Martin Smith and Justin Edgar, director of 104 Films, and an exploration of intimacy coordination for filmmaking in the age of coronavirus.

As previously announced, the platform will also include a panel discussion and masterclass curated by Natasha Ruwona and Tomiwa Folorunso, programmers of ‘Welcome To’, a GFF programme with a focus on Black Scottish films, filmmakers and history.

This 17th GFF will run online from February 24 to March 7.