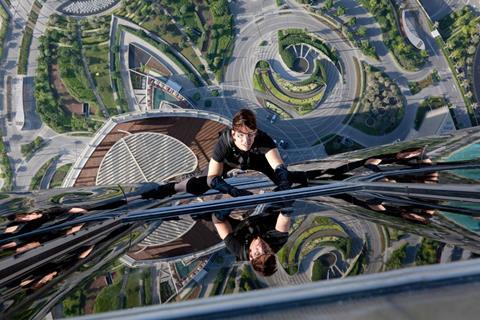 Screen International’s sister site KFTV is hosting a webinar on Wednesday April 28 at 16:00pm BST with leading local and international production figures set to discuss getting to and filming in the United Arab Emirates.

The Talk, sponsored by Boomtown Productions, will cover locations, crew, logistics, incentives, equipment, Covid requirements, and include useful insights and anecdotes from the speakers about how they’ve put together big film, TV and commercials projects in the region.

Chris Evans, News & Locations Editor of KFTV, World of Locations, International Production Guide and Screen International, will be moderating the Talk, which will be available to watch on the KFTV website and YouTube channel the day after the event (April 29).

Shane Martin, CEO, Executive Producer; Commercials Director, Boomtown Productions
Shane founded Boomtown Productions in London in 1999, opening Boomtown in Dubai in 2002. He has been working in the middle east market since 1985, creating some of the first commercials ever broadcast in the region and has consistently pioneered international production standards and been at the forefront of developing the production industry.

Ben Porter, producer, Ridley Scott Associates, UK
Ben is a producer and production manager at the renowned commercial production outfit RSA Films, founded by Ridley and Tony Scott. He has been at the company for 15 years and is involved in many aspect of the business’ multi format output, including branded content and commercials, music videos, short and feature films, and experiential.