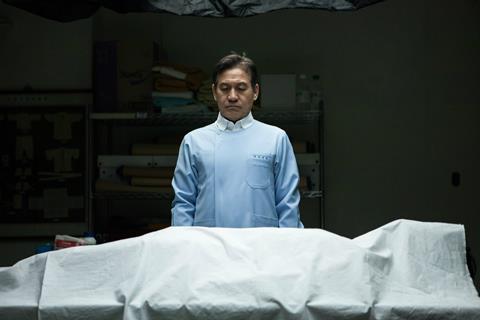 The deals, announced during this week’s European Film Market in Berlin, mark the first Korean-language acquisitions for Blue Fox, whose recent US theatrical releases include Killerman and Saving Zoe.

Directed by Hara Kim, Killed My Wife is a psychological thriller based on a Korean web comic. It premiered at last year’s Tokyo festival and also screened at the Toronto festival. In addition to Blue Fox, Mirovision sold the film to Cai Chang International for Taiwan and Falcon for Indonesia.

Paper Flower, directed by Boon Koh, is a drama about an aging funeral director and his paralyzed son. It had its world premiere in competition at last year’s Busan International Film Festival.

Commenting on the deals, Blue Fox’s James Huntsman said: “We are excited to work with Jason Chae and his team at Mirovision to bring these two compelling and visionary Korean language films to North America.”