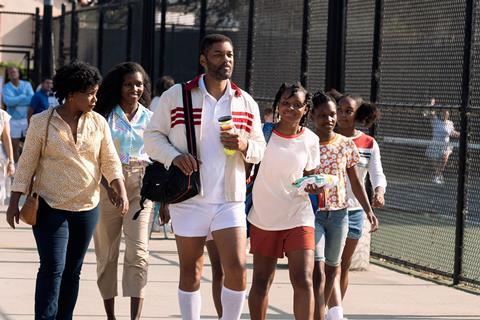 The Warner Bros release is a potential awards contender and premiered at Telluride. Reinaldo Marcus Green directed from a screenplay by Zach Baylin that charts how Williams trained his girls on abandoned public courts in south central Los Angeles and turned them into two of the greatest players the women’s game has seen. Serena and Venus Williams are among the executive producers.

King Richard is a Warner Bros Pictures presentation, A Star Thrower Entertainment Production, A Westbrook Production and A Keepin’ It Reel Production. The film will open in US cinemas via Warner Bros and on HBO Max on November 19.

As previously announced this year’s hybrid AFI Fest will open on November 10 with the world premiere of Netflix’s tick, tick…BOOM! Festival-goers who plan to attend in person over the four days will need to show proof of full vaccination.