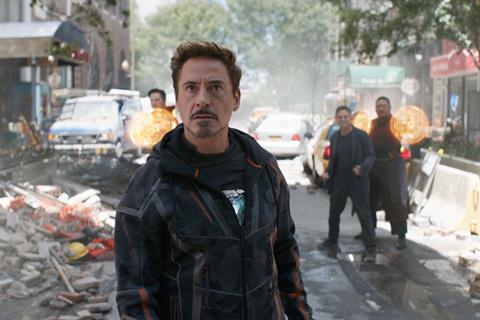 South Korea’s total box office increased by 2.4% to $711.3m (KW802.5bn) in the first half of the year, according to figures from the Korean Film Council (KOFIC), although total admissions decreased by 1% to 96.36 million.

In addition, ticket sales of 3D, 4D and IMAX films increased by a whopping 79% year-on-year to $36.3m in the first half of 2018, on admissions that were up 69% to 3.2 million. Films such as Avengers: Infinity War, Jurassic World: Fallen Kingdom and Along With The Gods all played well in specialised formats.

Local films accounted for 46.7% of total admissions in the first half, up 3.9% compared to the same period last year, due to what KOFIC analyses as a diversification in genres for audiences to choose from including fantasy, melodrama, music, horror and drama.

Local fantasy title Along With The Gods: The Two Worlds, released by Lotte Entertainment on December 20, 2017, came in second with $41.95m from 5.97 million admissions across 1,912 screens.