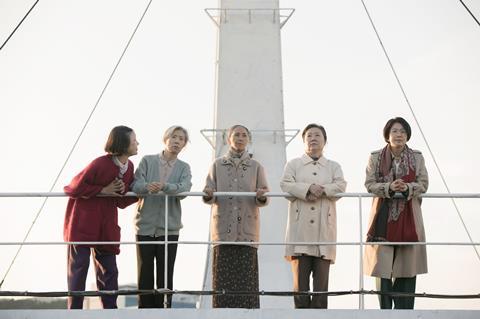 Starring veteran actresses Kim Hee-ae and Kim Hae-sook, the film is based on the true story of how a group of women in Busan in the 1990s fought for six years to bring the controversial issue of WWII Japanese military sexual slavery to trial in Shimonoseki, where the court eventually ruled against Japan, in favour of three “comfort women”.

Mick Robbins, CEO of Cine Asia, called the film “powerful, inspirational and memorable. A film that will surely resonate in today’s #metoo conversations.”

The film will open in theatres in Taiwan, Singapore, Australia and New Zealand next month.

Ng Say Yong, chief content officer at MM2 Entertainment, said: “Herstory is definitely one of the must-see films from South Korea this year.”

Bryan Chih-Kuan Hsu, manager at Cai Chang International, said: “A shocking historical event brings out a touching story of a group of women.”