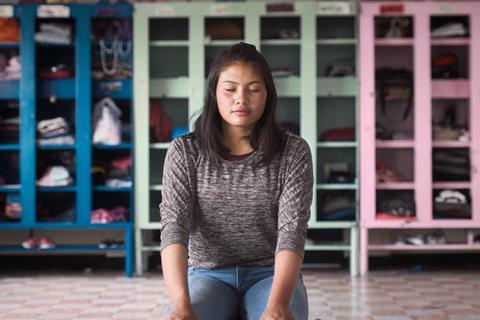 Madrid’s Latido Films has come on board to represent international sales on Berlin Generation 14plus selection Alis and has released a first-look trailer.

Clare Weiskopf and Nicolás Van Hemelryck co-directed the Colombia-set documentary that takes place at a public boarding school in Bogota where 10 teenagers from the street take part in an exercise to invent a narrative around an imaginary classmate called Alis.

The children’s initial forays into their imaginations allow them to express their dreams and give way to something darker as Alis becomes a vessel for reflecting on hardship and trauma. Ultimately they must let Alis go and face their own lives and hopes for the future.

Tatiana Andrade, Anne Fabini, Gustavo Vasco and Weiskopf and Van Hemelryck co-wrote the screenplay. Alis is scheduled to receive its world premiere in Generation 14plus on February 11.

Latido handles sales on Alauda Ruiz de Azúa’s cross-generational drama Lullaby (Cinco Lobitos) which premieres in Panorama; the market premiere of Imanol Uribe’s thriller What Lucia Saw (Llegaron de Noche) about the only witness to the 1989 murder of six Jesuit priests by the Army during the civil war in El Salvador; and ongoing sale on Gustavo Hernandez’s zombie thriller Virus-32.