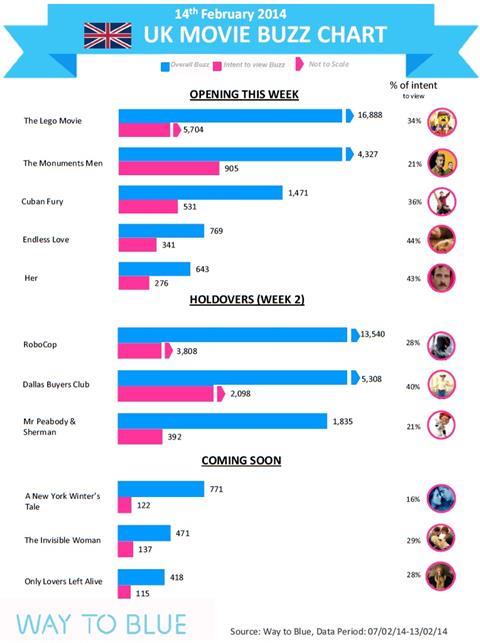 The animated feature generated four times as much buzz on social media as George Clooney’s The Monuments Men, both of which open in the UK this week.