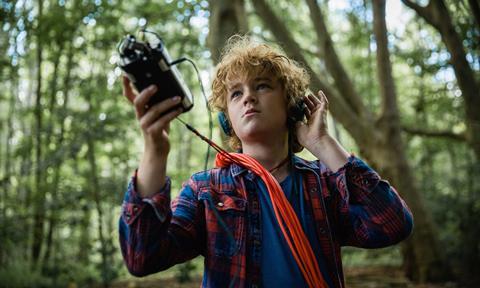 Jekino will release in Belgium on April 5 and the film will have its international premiere at TIFF Kids in Toronto (April 7-23).

Cloudboy is set in Belgium and Sweden, about 12-year old Belgian boy Niilas, who is sent to stay with his mother in Swedish Lapland, amongst the reindeer-herding Sami people. At first he wants to go back home to his familiar city life, but when a reindeer goes missing he finds himself on a magical adventure in Lapland.

Katleen Goossens produces for Belgium’s Bulletproof Cupid in co-production with Sabine Veenendaal of Submarine Film in the Netherlands and Olle Wirenhed of Götafilm International in Sweden.

Clinckspoor, who makes her feature debut, said; “Cloudboy was created out of the desire to make qualitative and layered cinema for children, to narrate a story for children that rooted in the film culture trend that has been set by Astrid Lindgren in the seventies, in which play, imagination and nature play a pivotal role.”

Her past children’s shorts include The Wishing Tree and Ki.