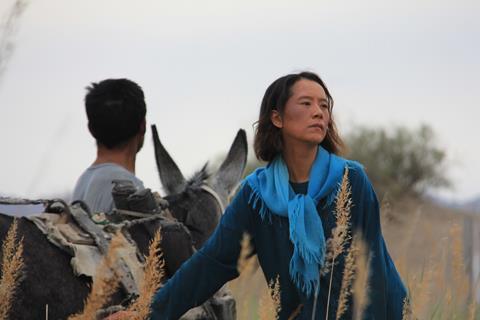 Return To Dust is about two vulnerable characters in rural China pushed into an arranged marriage.

M-Appeal CEO Maren Kroymann said it went witht ARP because of its expertise with Chinese films.“[ARP] is a great French distributor with a really important market position and a real passion for cinema. They can make auteur films exist on the market and become big.”

Kroymann said M-Appeal has also received “offers from diverse territories…we have other deals in the making but it will take a bit more time.”

“We were deeply moved by the simplicity, the poetry, the delicacy of this portrayal of a simple, real love, set in rural China,” said ARP’s Michèle Halberstadt. ”The film is beautifully framed and shot. At ARP, we’ve been releasing Chinese films from Zhang Yimou, Wong Kar-wai and Wang Xiaoshuai. Li Ruijun is proof the new generation is as gifted as the previous ones.”