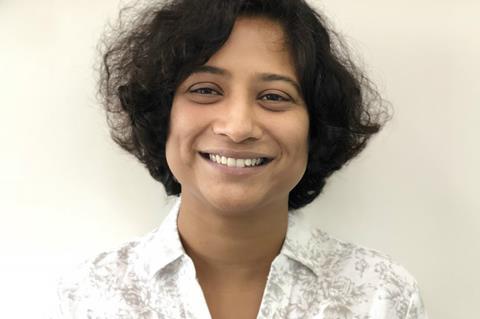 Reporting to Lionsgate India managing director Rohit Jain, Dasgupta will oversee local productions and co-productions across film, television and digital platforms under both the Lionsgate and Starz brands.

Working with local partners, her role will entail bringing global formats to India for local-language remakes and also supervising the co-production of original content. She will also work closely with Jain to build Lionsgate India’s strategy for television and digital productions in the territory.

Dasgupta worked for four years as senior supervising producer for Viacom18 Motion Pictures, where she worked on critically acclaimed hits such as Bhaag Milkha Bhaag, Madras Café, and Gangs Of Wasseypur.

She also had stints at Disney subsidiaries UTV Television and UTV Spotboy Motion Pictures, where she supervised production of one of the highest rated non-fiction shows on Hindi channel Bindass. Most recently, she was deputy director of the NFDC Film Bazaar.

“Maitreyee is an experienced production executive and a skilled media strategist,” Jain said. “Her impressive track record and goodwill in the territory make her the perfect addition to our Lionsgate India office as we build our content slates and expand the company’s footprint in one of the largest and fastest-growing markets.”

Lionsgate set up its India operation last October. In 2015, it produced a Hindi-language remake of Warrior – Brothers starring Akshay Kumar – and is also developing a remake of comedy Red as a co-production with actor-producer Anil Kapoor.