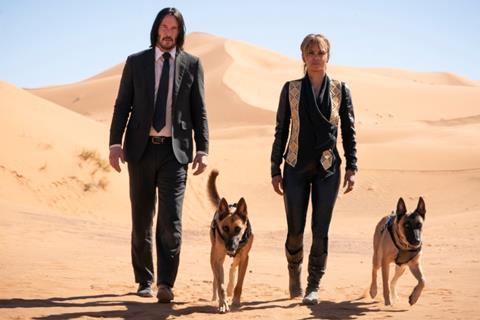 Lionsgate has once again pushed back the release of John Wick: Chapter 4, moving the latest installment of its hit Keanu Reeves action franchise from May 27, 2022 to March 24, 2023.

The move comes a few months after Paramount pushed the release of Tom Cruise sequel Top Gun: Maverick, which had been set for November 19 this year, to May 27 next year, the Memorial Day holiday weekend that traditionally kicks off the lucrative summer season for US exhibitors.

The fourth feature with Reeves starring as legendary hitman John Wick had originally been slated for release in May of this year, but production was delayed because of Reeves’ commitment to The Matrix Resurrection, which is getting its release this weekend.

John Wick: Chapter 4 was introduced to buyers by Lionsgate International at November’s virtual American Film Market and will be an important release for independent distributors around the world. The franchise’s previous installment, John Wick: Chapter 3 – Parabellum, grossed $154.7m internationally and $171m in North America after its May 2019 release.

The new film has Reeves starring alongside Donnie Yen and Bill Skarsgard, with franchise regular Chad Stahelski once again directing.