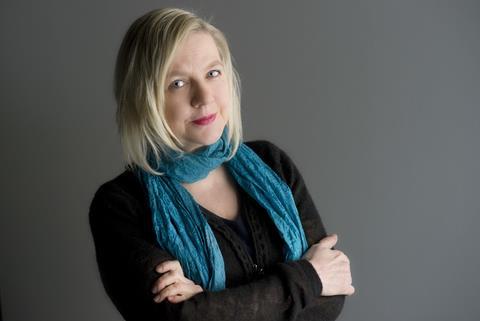 Liselott Forsman will be the new CEO of the Nordisk Film & TV Fond, succeeding Petri Kemppinen on October 7.

She was unanimously selected for the post by the fund’s board of directors.

Forsman is currently executive producer of international drama at Finnish broadcaster YLE. Before that role, she was YLE’s head of fiction.

She is the chair of the European Broadcasting Union (EBU) Fiction Expert Group and programme director of the international drama event Helsinki Script.

Liselott has also produced documentaries, culture and youth programmes in Finnish and Swedish, and had key roles at the Midnight Sun Film Festival and as a board member of Nordisk Film & TV Fond between 2011-2013.

Stine Helgeland, chairwoman of the board of directors of the Fond, noted that Forsman had emerged from a field of 36 “high-calibre” candidates. She said: “Liselott has an outstanding track record in production and script development, an acute sense of local, Nordic and global perspective, and a deep understanding of the challenges that the Nordic film and TV industry is facing.

“In recent years, she has been at the forefront of the TV drama transformation, and a sought-after international commentator and expert in Nordic TV drama. We feel confident that she will further develop and strengthen Nordisk Film & TV Fond at a time when the Fund has opened up to new digital partners and secured a new agreement structure for 2020-2024.”

Commenting on her appointment, Forsman added: “As a Swedish-speaking Finn, I tend to look at the world with a double gaze, being interested in both small and big players, with a special focus on Nordic co-operation and international strategies.

“Now global interest for Nordic bridge building has increased radically – partly due to an international competition that gets harsher day by day; new challenges are facing us all.”

The Oslo-based Nordisk Film & TV Fond was established in 1990, and currently has an annual budget of approximately $12.3m (NOK 110m). Its funding partners in 2019 comprise the Nordic Council of Ministers, the five Nordic film institutes and 13 broadcasters in the Nordic region. The total number of financing partners from Jan 1, 2020 will be 22, after a new trio of streamers joined: Nordic Entertainment Group (NENT Group, which is the parent of Viaplay and Viafree streaming services), C More Entertainment (digital TV and streaming service that is a division of Bonnier) and VGTV (one of Norway’s leading web TV channels).