The Piazza Grande was subject to an arson attack; Switzerland has selected its 2017 Oscar candidate; The Doc Alliance Selection winner has been revealed; Nyon festival changes afoot. 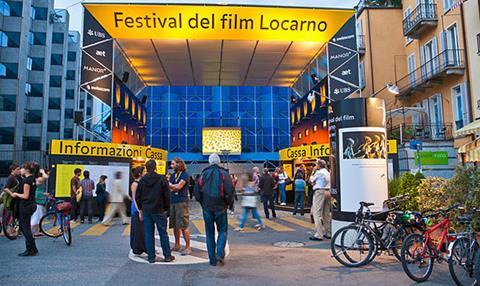 Locarno’s world-famous open-air venue on the Piazza Grande was the victim of an arson attack at the weekend.

The fire was quickly brought under control by Locarno’s fire service. Subsequent screenings were not disrupted although there was some damage to bottom of the screen.

A 37-year-old local man was arrested by the police at in the early hours of Saturday morning after Friday night’s screening of Jason Bourne.

The man, who was under the influence of alcohol at the time of his arrest, is apparently known to the police for previous arson attacks in the region, including other parts of the festival infrastructure in the past.

Following recent events in Europe, security measures had been stepped for this year’s film festival, with armed police, police cars and ambulances positioned at the main exits of the Piazza Grande, the deployment of a sniffer dog for the open-air event’s main stage, and bag checks for visitors to the La Rotonda public area.

My Life As A Courgette selected as Swiss Oscar entry

Claude Barras’ animation feature My Life As A Courgette has been selected as Switzerland’s candidate for the Foreign Language Film category at next year’s Academy Awards.

Barras’ feature debut - adapted from the novel Autobiography Of A Courgette - had its world premiere at the Directors’ Fortnight in Cannes in May and won the Cristal for Best Feature and the Audience Award at the Annecy International Animation Film Festival as well as being selected as one of the three finalists for the 2016 LUX Film Prize..

International sales are being handled by Indie Sales, with deals already concluded for 20 European territories including France (Gebeka Films), Germany (Polyband), Belgium (Cinéart), Italy (Teodora Film Distribuzione) as well as to the Middle East and Asia.

Praesens Film will release the film in Switzerland in September.

The award was launched this year as a joint venture between the Locarno Film Festival and the International Casting Directors Network (ICDN) whose members include Germany’s Anja Dihrberg, the USA’s Lina Todd, and the UK’s Debbie Williams among the membership of 73 Casting Directors from 24 countries.

The winners were decided by a jury made up of the Swiss director Ursula Meier, Berlin-based producer  Peter Rommel and the French actress Clotilde Courau.

The filmmaker, who had shown Gulistan, Land of Roses as an international premiere in the competition at this year’s Visions du Réel festival, also received financial support of $5,500 (€5,000) for a future film.

The 2017 edition of Nyon’s Visions du Réel (21-29 April) will be the last one under the direction of Luciano Barisone who had been at the helm of the international documentary film festival since 2010.

Speaking in Locarno at the weekend, Barisone said that it had been agreed when he came to Nyon in 2010 that he would head the festival for seven years.¨ I can now leave with confidence and the feeling of having accomplished what I came here to do because Visions du Réel is doing very well.¨

The festival’s president Claude Ruey revealed that the number of spectators to the April event had increased by 91% since 2011 - to more than 39,000 admissions in 2016.

Visions du Réel’s 48th edition will see its Focus section dedicated to South African filmmaking, with 15 documentaries being shown to the public and five projects currently in development being presented as part of the Doc Outlook - International Market.

Nepal, one of the focus countries at this year’s Open Doors in Locarno, will be in the spotlight at next year’s Fribourg International Film Festival (31 March - 8 April, 2017).

The New Territory section, which previously showcased filmmaking from Bangladesh, Uzbekisatn, Madagascar, North American Indians and African filmmakers, will present more than 20 short and long fiction films as well as documentaries from Nepal.