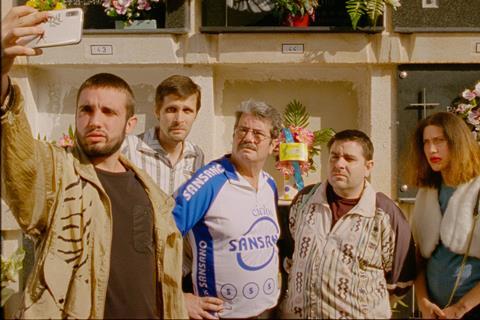 Arrow Films has acquired UK rights to Chema Garcia Ibarra’s Locarno 2021 competition title The Sacred Spirit from Greek film production and sales firm Heretic, and is planning to give it a theatrical release.

HBO Europe has acquired the film for its European territories and will release on its online platform HBO Max.

Ibarra’s debut feature follows Jose Manuel and the devoted members of a UFOlogy association, who meet weekly to exchange information on extraterrestrial messages and abductions; while a Spanish investigation into the disappearance of a little girl picks up pace.

The film is produced by Spain’s Apellaniz & De Sosa and Jaibo Films, France’s La Fabrica Nocturna Cinema and Turkey’s Teferruat Film. It received a special mention from the international jury in Locarno.

“Arrow is a perfect match for a film that combines raw realism and striking fantasy,” said Ioanna Stais, head of sales and acquisitions at Heretic.

Finally, Kaltrina Krasniqi’s Kosovar title Vera Dreams of the Sea, which premiered in Horizons at Venice last month, has sold to Italy (Wanted).

Heretic’s slate also includes Ivan Ikic’s Oasis, which was recently selected as Serbia’s entry for the international feature award for the Oscars.