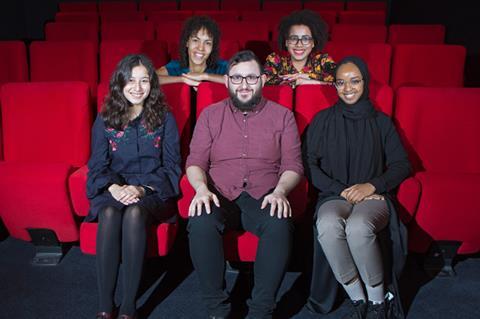 London’s Independent Cinema Office (ICO) has revealed the five participants for the 2018 edition of its inclusivity scheme FEDS (Film Exhibition, Distribution and Sales).

The initiative offers eight months of London Living Wage equivalent paid training at film festivals and cinemas across the UK and is aimed at giving people from underrepresented groups on-the-job experience and a pathway to a full-time career in the film industry.

This year’s participants are:

Now in its fourth year, the FEDS scheme has to-date trained 30 people, 80% of whom have retained a role in the sector. Previous trainees who have had placements at Dogwoof, Altitude, Broadway Cinema in Nottingham and eOne, have been offered roles at their original host company.

The initiative is backed by Creative Skillset’s Film Skills Fund, with the support of the BFI.

Last month, it was confirmed that the ICO would be taking over the operation of Film Hub South East.

The Independent Cinema Office’s Hatice Özdemirciler (head of training and professional development) commented: “Film is the most inclusive of all art forms, but we can only live up to that if everyone can contribute their voice and their skills to the film industry. Cinemas and film festivals do not currently represent the society we are living in, and we want to create long term change to redress that. It’s fantastic to be working with five top exhibitors this year, as well as to continue to connect with our past trainees, as they progress in their careers and make their mark.”

Lisa Howe, film manager, Creative Skillset added: “Supporting the growth of the UK film industry by encouraging aspiring new entrants into disciplines across the film value chain is a key aim for Creative Skillset. As such, we are delighted to support ICO in this inclusive work-based training initiative, led by film exhibition professionals.”