Respected producer calls for government to guarantee “the right to stay” for EU nationals working in VFX and animation sectors. 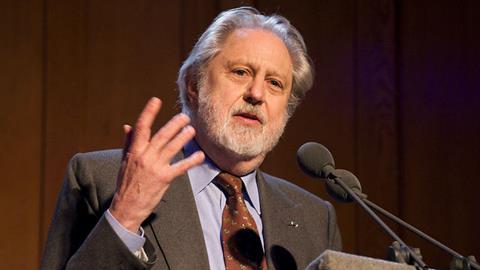 Veteran film producer David Puttnam (Chariots Of Fire, Midnight Express) has delivered a warning to the House of Lords about the future of the UK’s creative industries once the country exits the European Union.

Speaking in the House’s morning debate yesterday (Jan 19), Puttnam, president of the Film Distributors’ Association (FDA), said that “literally thousands of jobs are at stake here”.

“Media companies based here [should] not face new hurdles or feel compelled to move their operations to other European countries,” he said.

In his speech, Puttnam sought to highlight ways in which the damage dealt to the UK’s creative economy by leaving the EU single market could be minimised.

Referring to the UK’s burgeoning visual effects and animation business – which he noted now employs in excess of 25,000 people and has an annual turnover of £2.25bn – Puttnam highlighted that “of the sector’s total workforce, between 31% and 35% are EU nationals, and a further 12% are from non-EU countries”.

“Are we seriously going to jeopardise a pre-eminence that has taken 50 years to build up by requiring so many of the workforce to leave?” he questioned.

Concluding his speech, Puttnam issued a rallying cry to the government by suggesting that the UK must provide a guarantee to workers that they can stay in the country after it leaves the European Union.

“Surely we should seek to retain a little of the moral high ground by clearly and unequivocally guaranteeing the right to stay to those hundreds of thousands of hard-working, tax-paying, economically active people who add so much to the vibrancy of London in particular and the nation in general,” he stated.

“They are people, not bargaining chips – surely as a nation we are better than that. Surely we should immediately and generously embrace them in the hope that Europe will see the good sense of doing likewise, which I suggest it unquestionably will,” he continued.

Finally, Puttnam called on UK prime minister Theresa May to seize an opportunity to offer reassurance to those who feel potentially threatened by the prospect of restrictions to freedom of movement.

“In her speech this week, the Prime Minister said, ‘We will continue to attract the brightest and the best’. Here is her golden opportunity, without delay, to put her words into action.”