'Loro', 'In Between' producers to present TV projects at Series Mania co-pro sessions 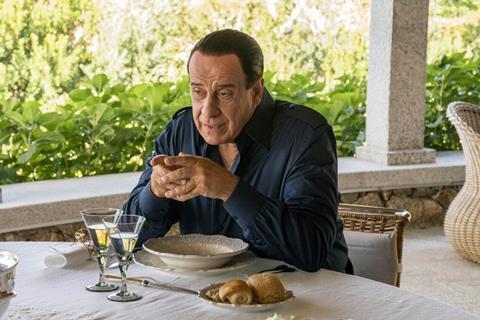 French TV festival and professional meeting Series Mania, running March 22-30 in the northern French city of Lille, has announced the 16 projects due to be pitched in co-production sessions taking place during its industry-focused Series Mania Forum (Mar 25-27).

The selection includes a number of projects from production houses, working both in film and TV.

Rome-based Indigo Film, best-known for its long-time collaboration with Paolo Sorrentino on films such as Academy Award-winning The Great Beauty and Loro, will present Gymnasts. The company’s past TV series include Ivan Cotroneo’s Una Mamma Imperfetta.

Israeli producer Shlomi Elkabetz, whose recent credits include In Between, will attend under the banner of his Deux Beaux Garçons Films with his first foray into television, The Dreamers.

Oslo-based Maipo heads to the Lille meeting with The Fortress, its latest series after State Of Happiness (Lykkeland).

Other projects include Influence from the UK’s Studio Lambert (Gogglebox, Foyle’s War) and The Kollective which will be pitched by the Netherlands’ Submarine.

The festival, which decamped from its historic home of the Forum in Paris last year, said it has received almost 400 projects from 41 different countries.

“The Co-Pro Pitching Sessions remain the most highly anticipated event at Series Mania Forum. To date, more than a dozen previously pitched shows have been brought to the screen thanks to co­production deals or agreements finalized at Series Mania,” said the event’s founder and general manager Laurence Herszberg.

For the third consecutive year, a five-member jury will award a grand prize of €50,000 to help develop the winning show. One project, Big Bones, will pitch out of competition, due to the fact it is in the selection through a partnership with CoPro Series of Berlinale Drama Series Days.