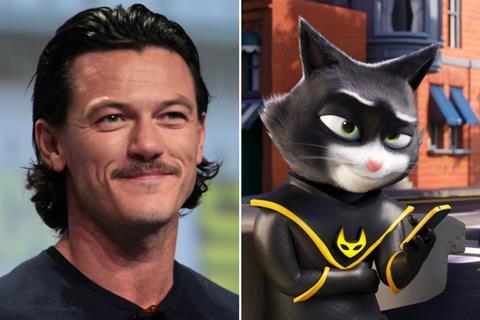 Luke Evans (Beauty And The Beast) has joined the voice cast of upcoming family animation feature Stardog And Turbocat.

Bill Nighy and Gemma Arterton were previously announced as voicing the film, which is written and directed by Ben Smith, his feature debut. The project is being produced by UK animation studio Red Star 3D and exec-produced by Kaleidoscope Film Distribution, Head Gear Films and Screen Yorkshire.

Evans will voice Felix, a vigilante super-cat who teams up with loyal dog Buddy to help him track down his lost owner.

Kaleidoscope is handling sales on the project and will be sharing promo material with buyers in Toronto. The film is scheduled to complete August 2019.

Sheffield-based Red Star, founded by Ben Smith and Jan Rogowski, has a history in producing 3D and 4D attraction films.

Evans recently appeared in Professor Marston And The Wonder Women and The Fate Of The Furious.